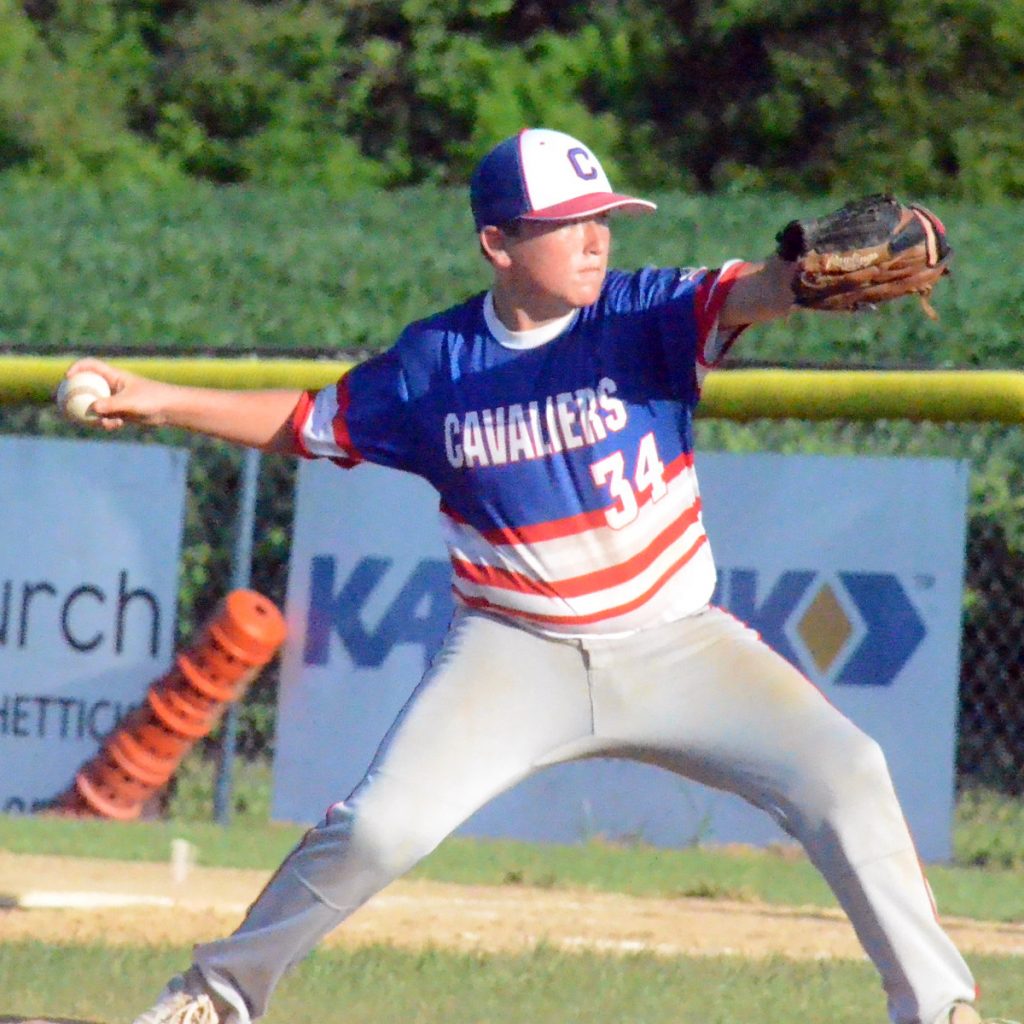 Michael Kaganich tossed six frames and struck out 10 for the Carlinville Middle School baseball team against Gillespie Aug. 22. He also had an RBI hit as the Cavaliers beat the Indians, 3-2. Enquirer~Democrat photo by Jackson Wilson.

The Staunton Junior High School baseball team has started the season with six consecutive victories. Only one opponent has finished within striking distance and the Terriers have been equally dangerous both in the field and at the plate.

With their most recent 6-1 victory over Carlinville Aug. 23, the Terriers have compiled a 44-5 advantage as a collective.

A rivalry that was expected to be a dogfight proved true as Carlinville and Gillespie battled each other evenly from start to finish in a 3-2 nailbiter that was won by the Cavaliers Aug. 22.

The CMS pitching, led by a six-inning gem thrown by Michael Kaganich, limited the visiting Indians to just three hits. Kaganich fanned 10 Gillespie batters en route to victory.
Ian Ronald came on in the seventh and stumbled into a jam with nobody out and two runners in scoring position, but managed to get out of it without any damage being done and save the game. Ronald also led the charge offensively with a pair of hits in four at-bats for CMS.

The Cavaliers got their offense started when Gillespie starter and losing pitcher Landon Ridenhour induced Colin McKinney to hit into a fielder’s choice for a sacrifice RBI.

Kaganich and Cash Enrietta tacked two more runs onto the Carlinville lead with base knocks and Gillespie chipped away by pushing across one tally in the fourth followed by the sixth.

Carlinville, which ended the game without an error, is 3-3 overall.