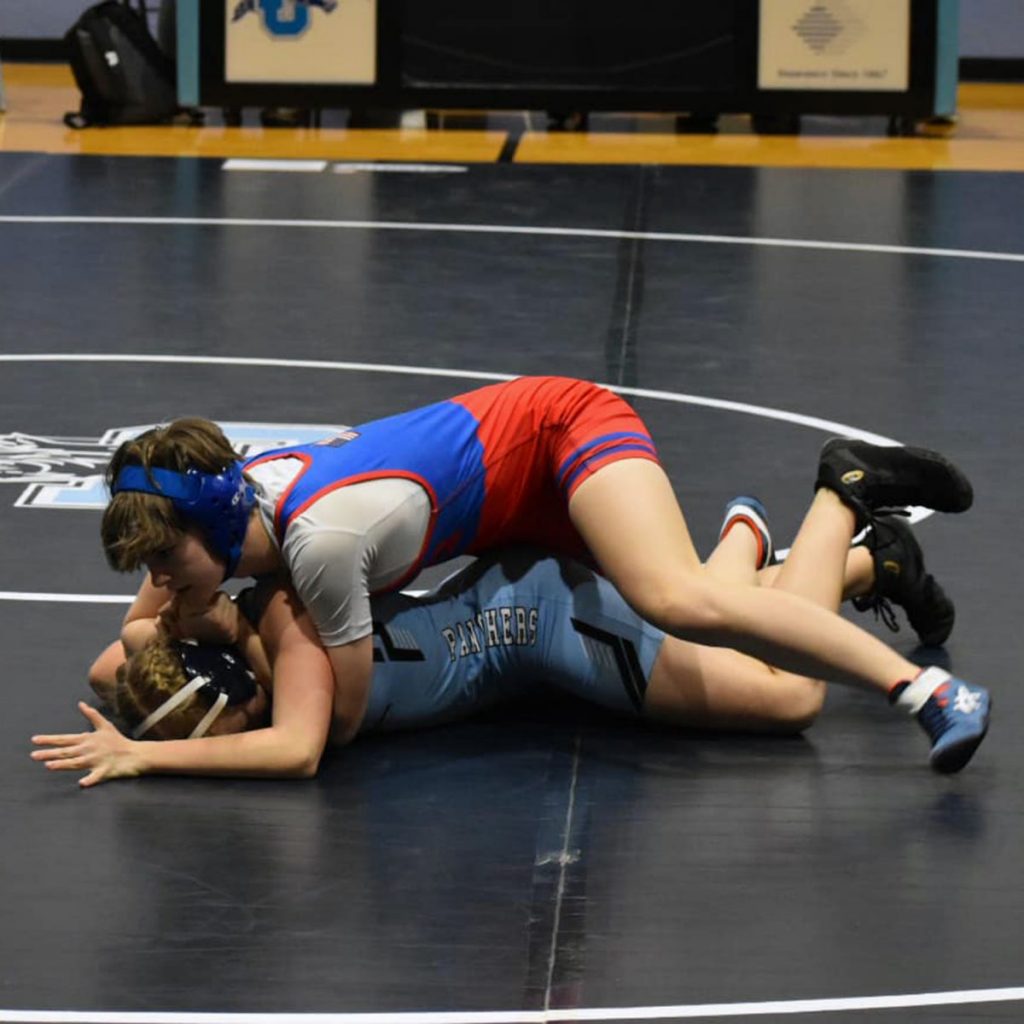 Samantha Scott finishes one of her opponents during a road wrestling meet at Jerseyville Jan. 16. As a team, Carlinville settled for a split, defeating Metro East Lutheran and falling to Jerseyville. Photo contributed.

The wrestling season is heating up for the Carlinville programs as it approaches the final stretch.

Though the CHS team was put up against a tough schedule, the Cavaliers still managed to add a couple of wins to their record.

Carlinville endured a rocky evening against Vandalia and East Alton-Wood River and dropped both matches, 0-42 and 18-30, resepctively, Jan. 10.

At Hillsboro Jan. 11, the Cavaliers took down Pittsfield in a thrilling 43-42 dual that was decided via tiebreaker criteria. Carlinville also battled hard against Hillsboro but couldn’t pull off the sweep. The host Hiltoppers edged the Cavies, 41-33. Jake Schwartz, Kaelen Furness, Gabe Henson and Savannah Siglock all ground out individual victories by fall. Ronald LaPlante also conquered one of his opponents after three grueling rounds, 5-3.

On Jan. 16, the Cavaliers returned to the mats and came away with a split at another triangular meet against Jerseyville and Metro East Lutheran. Carlinville lost to Jersey, 42-23 but defeated MELHS, 36-24. Samantha Scott raised her arm in triumph following a pin, along with Furness, Henson, Schwartz and Blake Pruitt.

The Cavaliers travel to Jacksonville Mon., Jan. 23 and will host their Senior Night Wed., Jan. 25. The regular season will conlude at the Litchfield Tournament, which is scheduled for Fri., Jan. 27 and Sat., Jan. 28.

Amongst the elite results was runner-up Colt Rosentreter.

Wesley Smith and Riley Smith also competed for Carlinville in the elite competition, but did not place.