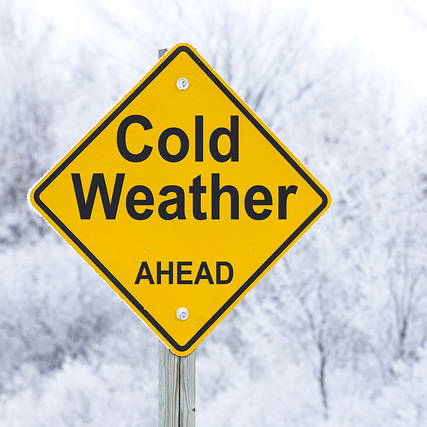 Those dreaming of a white Christmas may be in luck this year as weather forecasters across the area call for snow fall on Thursday, Dec. 22 and temperatures below freezing for the remainder of the weekend. There has been brief snowfall a couple days in the last few weeks, but there has been no substantial amount and none of the snow that fell stuck around for long. That should not be the case this week, as 1-3 inches of snow are expected.

A winter storm watch was issued by the National Weather Service for the Macoupin County area beginning Thurs. at 6 a.m. and lasting until midnight. There is also a wind chill watch that remains in effect from Thurs. at 5 p.m. until Sat. Dec. 24 at 12 p.m.

Friday is set to be the coldest day of the week and so far the coldest day of the year, beating low temperatures from January by only a couple of degrees. Temperatures on Friday range from a high of 3 degrees to a low of -1 degrees. Friday will be windy with a sustained wind gust reaching 29 mile per hour, gusting up to 51 mile per hour at the highest point. Thursday should see wind gusts in the 40 miles an hour range and sustained winds in the teens and twenties.

Due to the cold air temperature and the high wind speeds the temperature will feel much colder than it is with a wind chill of -43 degrees.

Temperatures should be back above freezing by Wed. Dec. 28 which is forecast to be around 38 degrees. The wind should die down by Christmas Morning.

This information is based on weather reports from Wednesday morning, so be sure to keep on eye on local forecasts and weather predictions for the latest weather updates.

According to AccuWeather meteorologists two-thirds of flights across the country will likely be impacted by the storm and several major travel hubs are in the path of the storm causing a ripple-effect of delays.

From Thursday to Friday, the central barometric pressure of the storm has the potential to plummet as fast as some hurricanes that experience rapid intensification. As the pressure drops, winds will rush in and swirl at high speeds around the storm’s center. The winds will allow moisture to be drawn in from the Gulf of Mexico and the Atlantic and cold air to be dragged southeastward from the Arctic.

The result of such a mixture will be blizzard-like conditions across the Midwest states including Illinois, Indiana, Michigan, Wisconsin, Iowa, Missouri, Nebraska and Kansas. A blizzard is officially defined by the National Weather Service as blowing and/or falling snow with winds of at least 35 mph that reduce the visibility to a quarter of a mile or less for at least three hours.

Meteorologists say travel could be completely shut down in some cities such as Chicago and others like St. Louis, Indianapolis, Milwaukee, and Detroit will see difficult and dangerous travel. Midwest cities will be at risk for the worse impacts of the storm including snow, high winds and a rapid freeze-up.

Meteorologist Matt Benz with AccuWeather says that, “Frigid air, ongoing gusty winds, blowing and drifting snow and hard-packed snow and ice on the roads will continue to make for horrendous travel conditions on Christmas Eve and perhaps into Christmas Day across much of the Midwest.”

High winds and temperatures plummeting into the 20s, teens and single digits Fahrenheit during the storm can result in life-threatening conditions for motorists who become stranded on highways in the Midwest. AccuWeather RealFeel® Temperatures during and after the storm in the snow zone will drop well below zero.

More than 24 states east of the Rockies could experience wind gusts topping 50 mph from the storm. The fierce winds will not only raise the risk of power outages but also likely wreak havoc with departing and arriving flights as well as high-profile vehicles on the roads.

The cold air sweeping in during and behind the storm will be brutal and potentially life-threatening in some cases, especially for those with respiratory or cardiac issues. There will be a heightened risk of frostbite and hypothermia for those who don’t dress properly when spending time outdoors, experts say.

Meteorologists are strongly urging people to run errands and travel ahead of the storm, if possible.