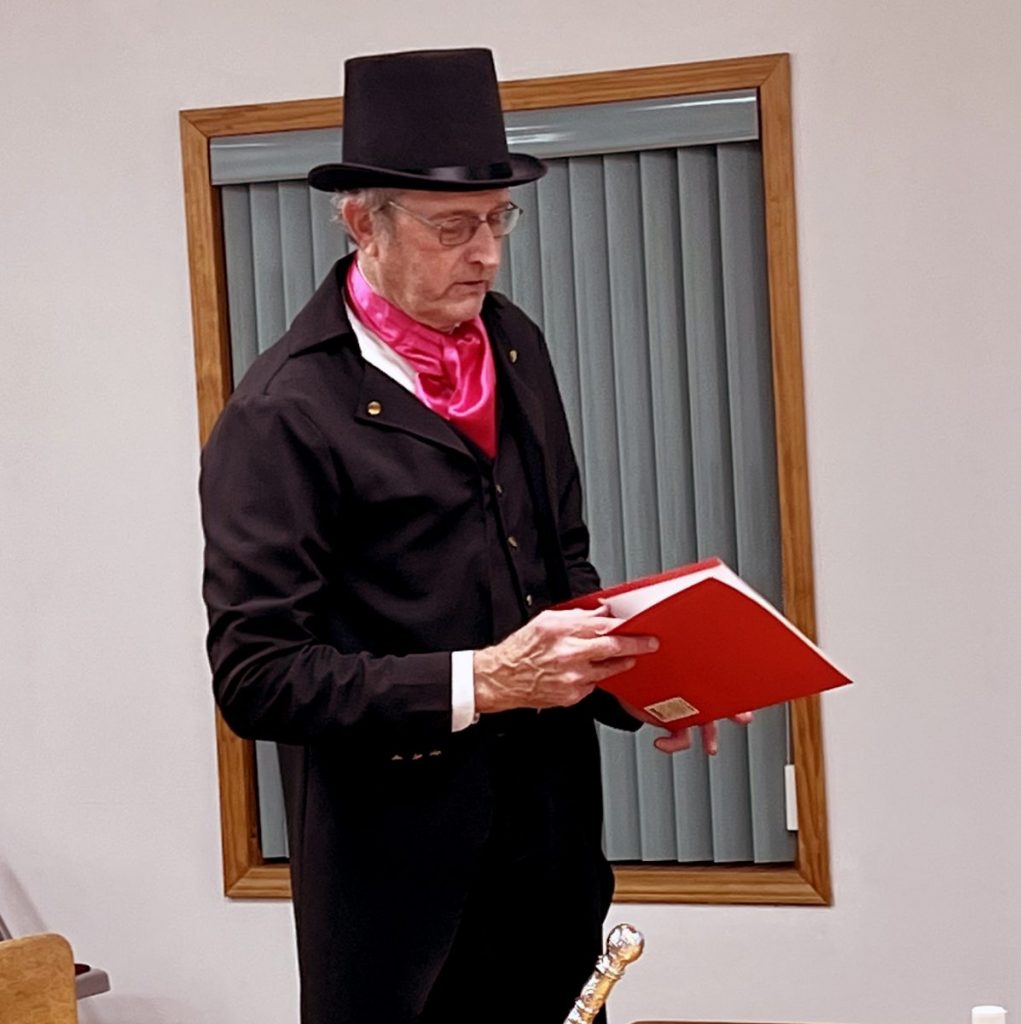 Bill Link reprised his role as Clement C. Moore for a reading of ‘Twas the Night Before Christmas at the City Council meeting on Dec. 5. Enquirer~Democrat photo by Erin Sanson.

The Carlinville City Council met on Dec. 5 to discuss several items. Items discussed included the tax levy, an agreement with Woodard and Curran for project management services and a Christmas Holiday for City Employees.

Jennifer Berger from Woodard and Curran came to speak to the council about managing engineering projects and contracts for the City. By approving the project management services contract, Woodard and Curran would be in charge of overseeing projects the City would be involved in, such as the water meter replacement project or the lead service line project. Alderman Kim Harber made clear to the other council members that this agreement would not be a part of the daily running of the Public Works Department but only for “issues above and beyond the project scope.”

A matter of correspondence from City Administrator Brian Zilm was on the agenda for Monday nights meeting. Zilm submitted a letter of resignation for his position as the Administration and Economic Development Coordinator for Carlinville. He will be taking on a new position as District Director for Congresswoman-Elect Nikki Budzinski. The council placed the correspondence on file and accepted, with regret, the resignation.

Alderman Randy Ober brought to the council the issue of a Christmas Holiday for City employees. The council traditionally gives city employees a half day off the day before Christmas. Since Christmas falls on a Sunday this year, Ober proposed employees get the half day on Fri. Dec. 23 instead.

The council approved the motion.

During Public Comment, Alderman Bill Link, looking quite dapper in his over coat, top hat and ascot briefly reprised his role as Clement C. Moore for a special reading of ‘Twas the Night Before Christmas. Link recently played Moore for the Christmas in Carlinville events, giving hourly readings of the poem at the Cross Church location on Sat., Dec. 3. The poem was read to a thrilled crowd of aldermen and city officials. Link received a standing ovation for his performance.

Alderman Todd Koller thanked Zilm for the work he had done for the City during his time there.