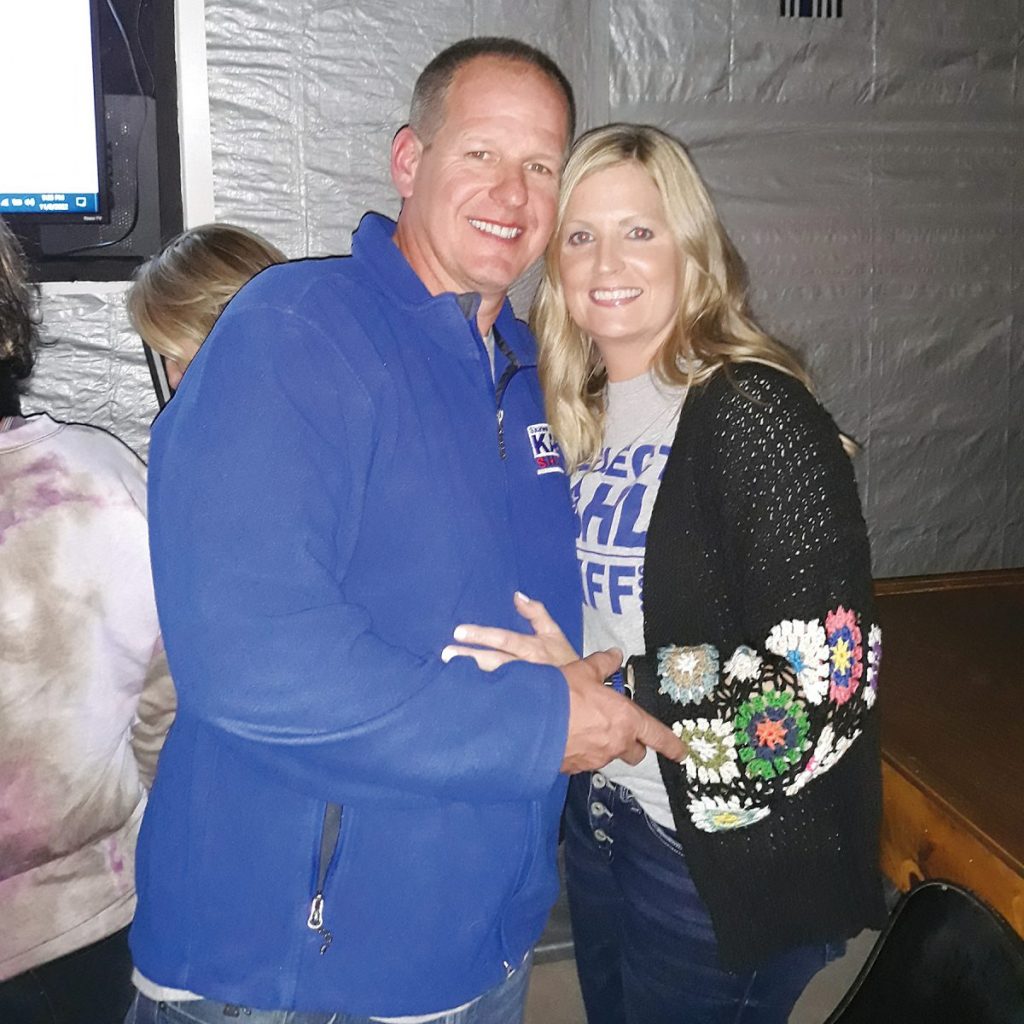 Several seats were up for grabs in Macoupin County this election. Voters cast their ballots for Sheriff, County Treasurer, and County Board Members in Districts 4, 6 and 7. They also voted for the State wide election, deciding the Governor, Secretary of State, Attorney General, Comptroller, U.S. Senator, U.S. Representative, and voting on and amendment to the Illinois Constitution.

Shawn Kahl won his third Macoupin County election for Sheriff. He ran as a Democratic candidate, opposed by Gillespie Police Chief Jared DePoppe. The race was close with Kahl having a slight majority with 53 percent of the votes to DePoppe’s 46 percent. Over 17,820 Macoupin residents came out to the polls to vote for Sheriff. Kahl won the votes in North Otter, Virden 1 and 2, Girard 2, Nilwood, South Otter, South Palmyra, Western Mound, Bird, all five Carlinville precincts, Shaw’s Point, Honey Point, Brushy Mound, Polk, Chesterfield, Shipman, Hilyard, the three Gillespie precincts, Mt. Olive 1, 2 and 4 and he won Staunton 3.

DePoppe won the votes in Cahokia 1 and 2, Staunton 1,2 and 4, Mt. Olive 3, Dorchester Township, the three Bunker Hill districts, Brighton 1, 2 and 3. He also won the three northwestern most districts in the county, Scottville, Barr and North Palmyra.

There was a margin of only 1,418 votes between the candidates.

“The amount of support has been overwhelming,” Kahl said. “I really appreciate it. Going forward, our entire department will strive to keep getting better, keep working hard like we’ve been doing and do everything we can to keep the public safe while making sure everything else [such as the grounds and buildings] is maintained.”

“I want to thank all those who voted for me,” DePoppe said. “You’re faith in me has been truly humbling. The voters of the county have spoken and I respect their decision. We worked very hard and it was a close race. Congratulations to Sheriff Kahl on his win.”

DePoppe will continue to serve as Chief of the Gillespie Police Department. 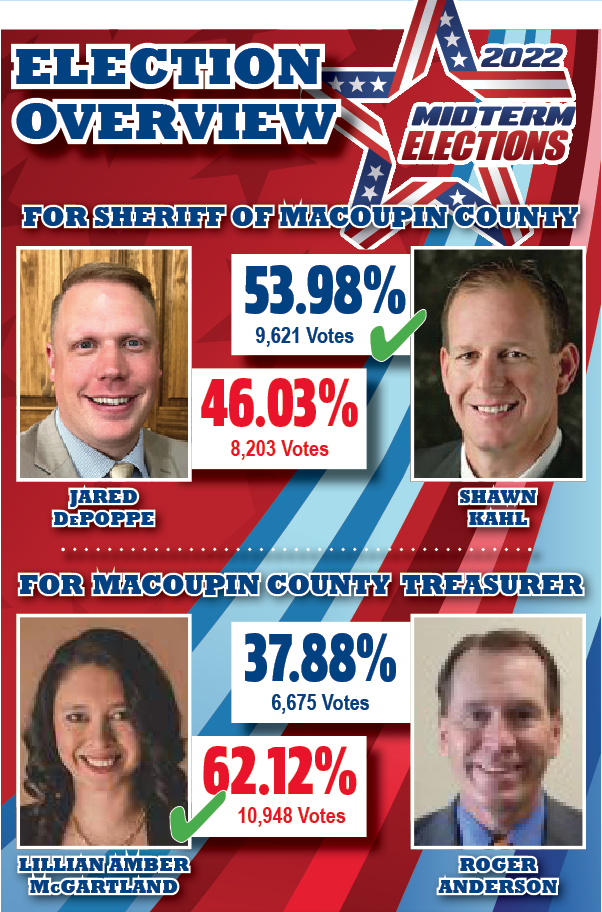 Robert Quarton, who has been a county board member since 1994, was ousted Tuesday night. Aaron Stayton remains in the seat he was appointed to following the retirement of Bill Harding earlier this year. Quarton lost his seat to newcomer Leann Barr. Barr ran as a Republican and earning 29 percent of the vote, while Quarton, the only democratic candidate in the District Six contest, received 23 percent.

In District Seven. both current board members remained in their seats. Bernard Kiel received 46 percent of the votes while James Ibberson received 31 percent. Christine Bruley-Hill ran as a Democrat for the seventh district but could not beat the two incumbents with only 22 percent of the vote.

The County Treasurer position was also up for grabs. There were two candidates – Democrat Roger Anderson, the sitting treasurer and Republican candidate Lillian Amber McGartland. McGartland won the election receiving 62 percent of the votes. Voters cast 17,623 ballots in the treasurer race, 10,948 of them went to McGartland. Anderson received 6,675 votes.

In the newly drawn Congressional District 13, Nikki Budzinski beat out Regan Deering with 57 percent of the votes across the seven county districts. The Associated Press called the race in Budzinski’s favor at 12:09 a.m. on Wednesday. Staying on trend for Macoupin County, Deering had the vote of 63 percent amongst county residents. Budzinski received only 36 percent of the Macoupin vote.

That trend continued in the state election results. JB Pritzker was declared the winner of Illinois Governor race, receiving 55 percent of all Illinoisans votes. His opponent, Darren Bailey, received 42 percent of the votes throughout Illinois and Libertarian candidate Scott Schulter received the remaining three percent. Two-thirds of Macoupin County residents voted for Bailey, while only 30 percent voted for incumbent Pritzker. Similar votes were cast for State Attorney General, Secretary of State, State Comptroller and State Treasurer. The Republican candidates each received over 60 percent of the votes while Democratic candidates hovered around 30 percent. Typically, less than three percent of the votes went to third party candidates or write in votes.

A proposed amendment to the Illinois Constitution was also on the ballot this election. The amendment guarantees the right to collective bargaining in the state constitution. The vote was tight in Macoupin County but ultimately, the nays won. No votes numbered 8,401 against the Yes voted of 8,228, a difference of only 173 votes. The amendment did pass with the state wide votes with 60 percent of Illinois citizens voting for the amendment.