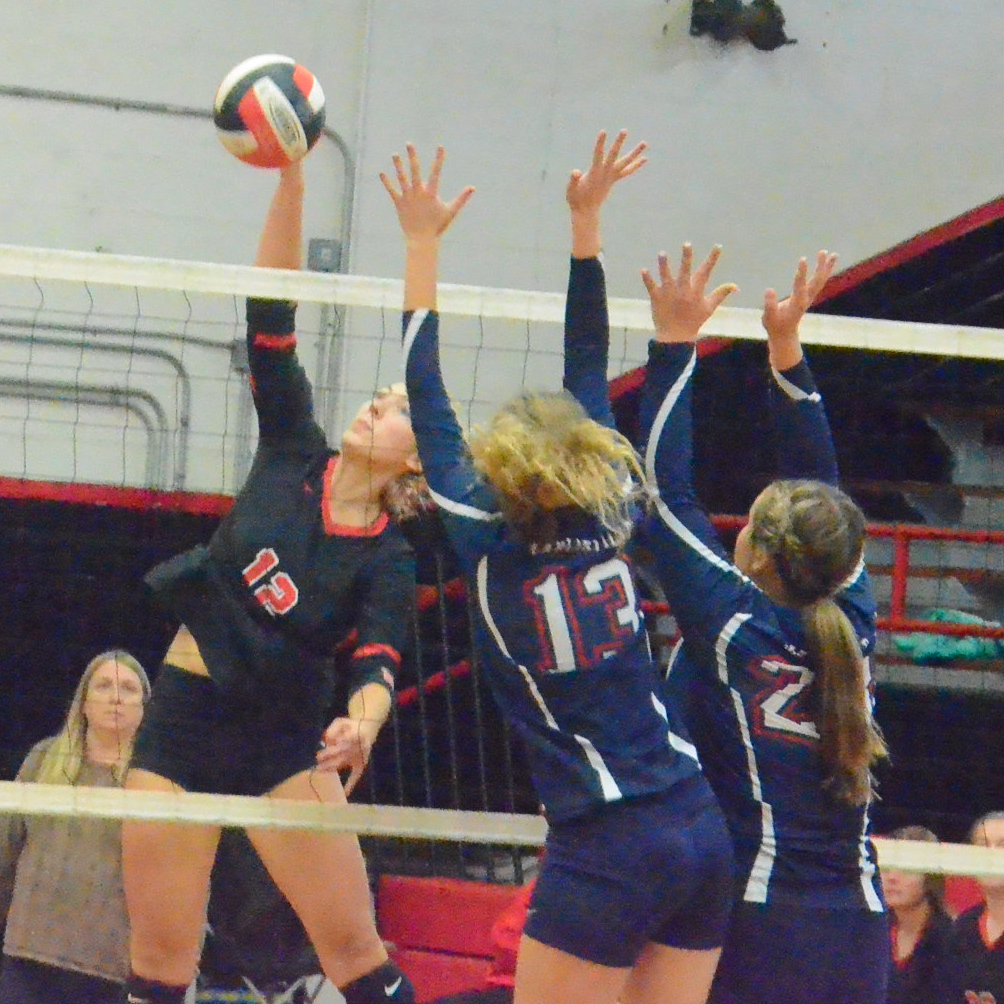 Staunton senior Haris Legendre, pictured soaring over the net for a kill during the Macoupin County Tournament, was named to the South Central All-Conference volleyball first team. Legendre led the Bulldogs in kills, service aces and hitting percentage while becoming the first Staunton volleyball player to surpass 1,000 career kills. Staunton three-peated as the league champion and won the county in each of Legendre’s four seasons. Enquirer~Democrat photo by Jackson Wilson.

A total of 10 Macoupin County athletes earned a spot on the 2022 South Central All-Conference volleyball roster.

The first team consisted of an iconic family pair and a rising star.

Haris Legendre and Kennedy Legendre helped carry a loaded Staunton High School sqaud to a perfect in-league season and 29 wins overall. The Bulldogs campaign ended early due to a tough regional draw, but the program locked up an outright SCC title for the third consecutive year. Additionally, Staunton went a perfect four-for-four in Macoupin County tournaments with the Legendre girls’ class on the floor. The Legendres were the top performers in multiple statistical categories – kills, hitting percentage and service aces. They were also second and third in total blocks behind Danielle Russell, who was named to the third all-SCC team. Earlier in the year, H. Legendre became the first Bulldog to record at least 1,000 career kills. 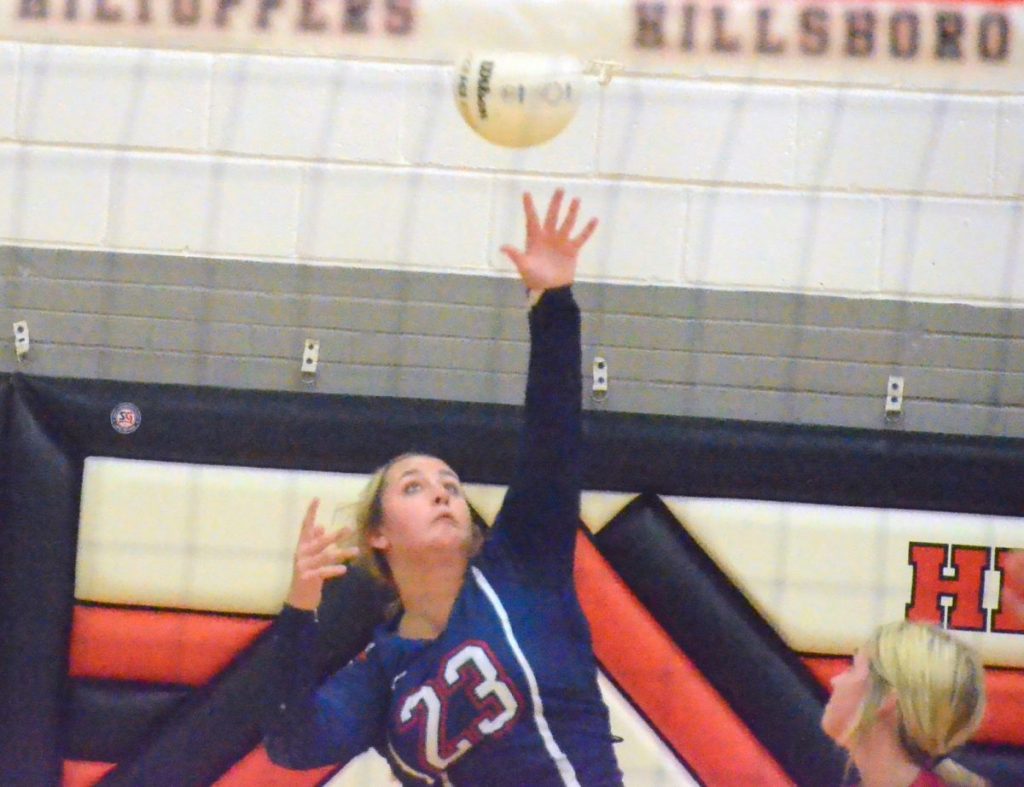 Carlinville sophomore Isabella Tiburzi, pictured serving during the first round of the IHSA Class 2A Hillsboro regional, was named to the South Central All-Conference volleyball first team. Tiburzi led the Cavaliers in assists (474), kills (159), digs (195) and service aces (39) in 2022. Enquirer~Democrat photo by Jackson Wilson.

Isabella Tiburzi of Carlinville received first team honors as a sophomore. The Cavaliers, as a collective, were one of the youngest teams in the league with only two seniors. Therefore, young guns had to load up for another adverse journey and Tiburzi rose to the challenge. Aside from receptions, she etched her name amongst the top three girls in every statistic. Tiburzi provided 474 assists and a team-best 159 kills while adding 195 digs, 39 service aces and 21 rejections. That effort drove Carlinville to a playoff victory and a 17-18 season after the Cavaliers had started off 0-7.

The second team featured a duo of Staunton Bulldogs and North Mac Panthers. Allison Weller and Kylie Lucykow made the cut for the Dogs while Natalie Little and Gracie Meador solidified their legacies as North Mac captains.

Russell was joined by Makenah Dugan (Carlinville) and Natalia Moriconi (North Mac) on the third team.