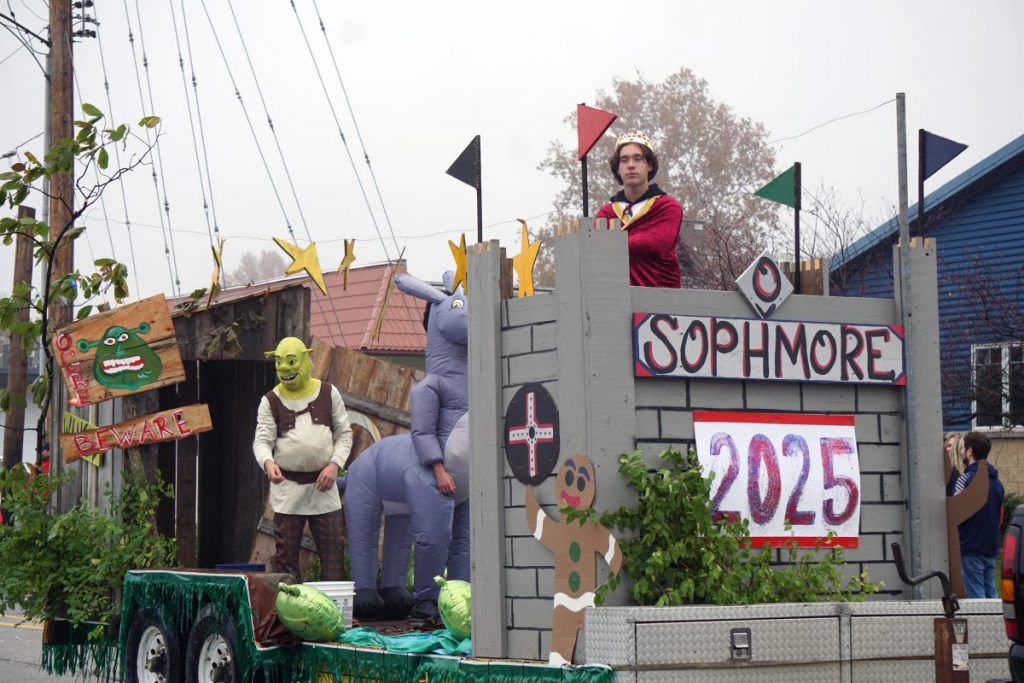 The 83rd annual Rotary Halloween Parade was held on Sunday, Oct. 30. The rainy afternoon kept some of the crowd away but there was plenty of candy for those who did come out. The parade’s theme this year was “Fairy Tale Magic” and a host of characters made their way down North Broad Street in Carlinville.

Grand Marshall of the parade was Sophia Hellums, dressed as Cinderella. Her court consisted of Miller Hellums as “The Prince” and Jacyln and Justin Hellums were two of Cinderella’s mice.

The cast of the Summer Repertory Theater’s recent show Peter Pan were marshalls of the parade.

Judging for the Parade got under way at 2 p.m. at the Carlinville Plaza. The Cub Scout Pack No. 65 was named the Best of Parade for their group costume depicting the Lost Boys from Peter Pan.

The Cub Scouts, besides being best of parade were the first place winners of the Youth Organization category. Springfield Clinic took home first place in the Health Care Float Category.

The Highschoolers got creative with their floats, pulling from a variety of movies and stories to create the best Fairytale Magic floats they could. The Sophomores beat the rest of the grades, earning first prize for their Shrek float. The Freshman beat the upperclassmen with their Wizard of Oz float. The seniors placed third with an Alice in Wonderland float showing the Mad Hatter’s Tea Party.

In the group costumes, first place went to the Enchanted S’mores. The group was made up of Alex, Madalyn and Mila Beasley and Ashli Bell. Second place went to Brandi and Casper Watson, Ruby Rain and Ender Henley for their Alice in Wonderland group costume.

The Carlinville High School Band played through the rain, with the students dressed in a variety of costumes. The Cavalettes led the band down the street in their zombie costumes and performed a walking Thriller dance. The Auburn High School Band made the trip down to Carlinville to play in the parade as well. 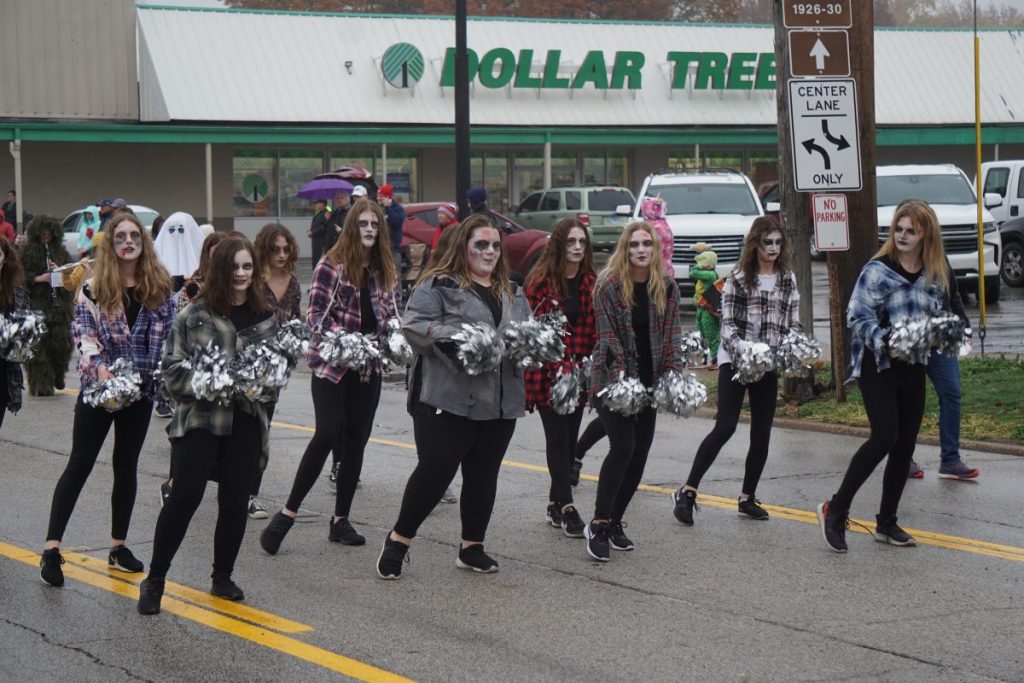 The Carlinville Cavalettes walked and danced to Thriller, played by the Carlinville Marching Band during the annual Carlinville Rotary Halloween Parade. Enquirer~Democrat Photo by Erin Sanson.

The Rotary Court made their way down the street early on into the parade. From there, they were free to watch the parade from the makeshift stage at the end of the route.

The Freshman Court attendants were Riley Owsley and Tate Duckels. Owsley is the daughter of Shane and Michelle Owsley. Duckels is the son of Bob and Kristy Duckels.

The Sophomore attendants were Emily Barbre and Weston Kuykendall. Barbre is the daughter of Michele and Adam Walden and Scooby and Amanda Barbre. Kuykendall is the son of Don and Maggie Kuykendall.

The Junior attendants were Karleina Tipps and Jack Rouse. Tipps is the daughter of Victoria Trevino and Travis Tipps. Rouse is the son of Jon and Stacey Rouse.

See more photos from the parade in the November 3rd edition of the Macoupin County Enquirer~Democrat.