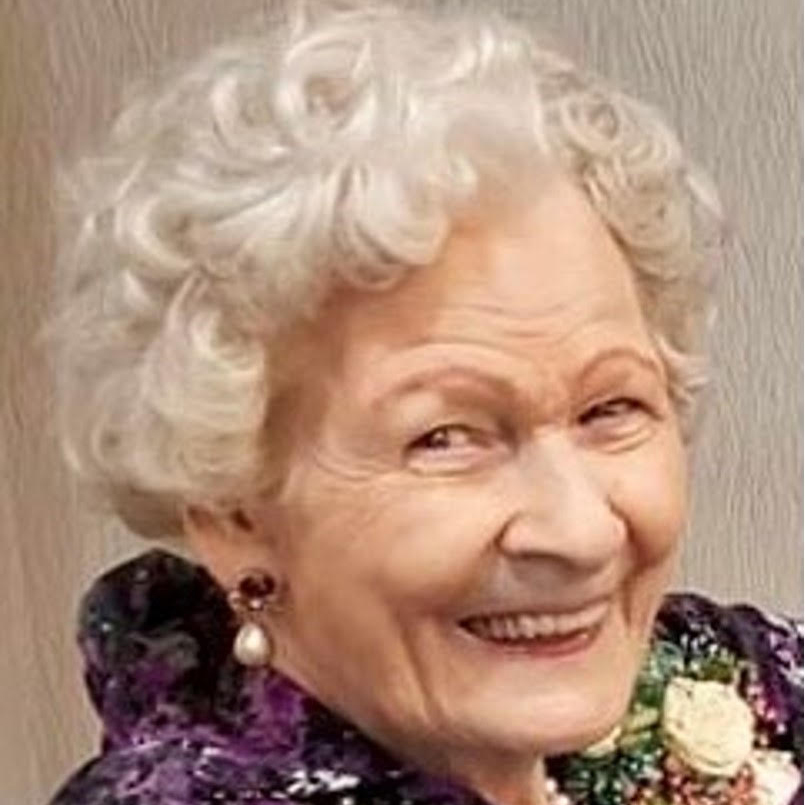 Gloria was born on Nov. 16, 1926 in Gillespie to the late James and Mildred (Cottingham) Keating.

When the Gillespie coal mines closed in 1929, the family moved to Chicago. There, Gloria attended Lucy Flower Technical High School. She met the love of her life, Carl Schroeder, at a high school dance. Little did they know they would still be dancing together almost eighty years thereafter.

After high school, Gloria began an accelerated nursing course, but classroom resources were cut short due to World War II. Gloria, along with most of the other students, had to discontinue the course. She then worked in insurance offices and at Marshall Field’s. Her time at Field’s must have inspired her love of shopping. Although she never used her nursing training professionally, caretaking was an innate, lifelong quality.

Carl was drafted into the US Army Airforce in 1943. While he was stationed in India, he wrote to Gloria every day, without fail. He was not about to let this special lady slip away. Upon Carl’s return in 1946, the two were wed. Carl preceded Gloria in death on October 27, 2020, after seventy-four years of marriage.

Gloria and Carl danced through life, swinging to the big bands like the Glenn Miller Orchestra at the Aragon Ballroom and square dancing throughout the Midwest. They were ideally matched partners on and off of the dance floor, able to chassé through whatever life put in their path. Carl and Gloria had four children: Paul, Richard, and twins, Dan and Dave.

In retirement, the couple moved to Shipman, where Gloria was active in the United Methodist Church, Home Extension, United Methodist Women’s Club, and was one of the co-founders of Martha’s Pantry. Gloria enjoyed a variety of crafts, including needlepoint and sewing. She always had a warm smile with a twinkle in her eye, encouraging words that made everyone feel special, and a seemingly never-ending supply of homemade chocolate chip cookies.

A memorial service will be held at noon on July 29, 2022 at Camp Butler National Cemetery in Springfield.

Online condolences may be made at litchfieldffs.com.

Donations in memoriam may be made to “Martha’s Pantry”, mailed to Shipman United Methodist Church, 278 Keating Street, Shipman, IL 62685.