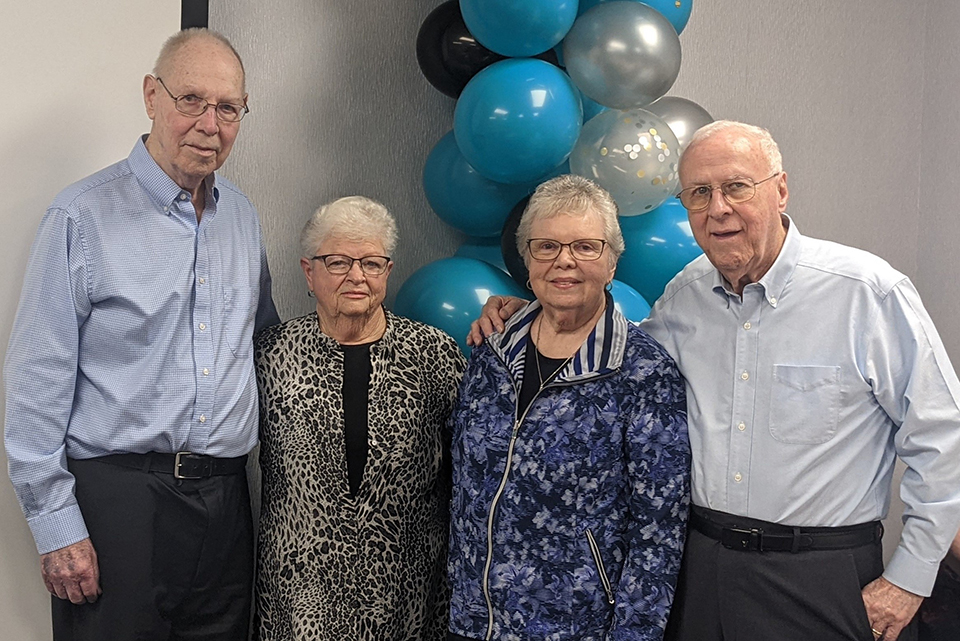 From left, Jim and Nancy Schien and Linda and Richard Schien at their retirement party. Photo provided.

Karmak had many reasons to celebrate last Tuesday evening, as founders Richard and Linda Schien were honored at a retirement dinner. Also honored was Jim Schien, who retired from Karmak’s sales team after 30 years of service. The celebration had exceptional meaning for the Schiens and employees, as Karmak commemorates its 40th anniversary this year. Equally meaningful for all, was the fact that Karmak has been sold – to the employees.

Richard and Linda Schien founded Karmak on December 31, 1981, and their first location was a closet in the Schien Body and Equipment building in Carlinville. From that humble closet, the business flourished, and they occupied a variety of locations in Carlinville until moving into their present building at One Karmak Plaza in 1994. The Karmak product offered computer solutions which allowed heavy duty truck dealerships and warehouse distributors to utilize computers to run their business.

Today the Karmak computer software solution, first envisioned and written by Richard Schien, has grown to be used by 429 customers throughout the United States and Canada, with 1,969 individual facilities relying on Karmak to manage their accounting, sales, parts and service business. Karmak is the second largest dealer management system in the country and provides crucial support to help keep trucks moving across North America, with customers in 46 states and nine Canadian provinces.

The key to Karmak’s success has been Richard’s model of listening intently to the customer and providing the needed solution. Keeping the business in Carlinville and providing stable, technical employment for local people has always been a top priority for the Schien family.

Karmak has had an Employee Stock Ownership Plan (ESOP) in place since 2003, when Richard and Linda began to plan for their retirement and the company’s long-term future. Richard said there was no better owner to entrust the company to than the employees. The ESOP has now purchased the company, and under CEO Jim Allen, Karmak is 100 percent employee owned. Integral to the success of employee-owned companies is the sense of teamwork, and this is a hallmark of Karmak’s culture that started with Richard. His collaborative style, care for employees and their families, and high bar for trust and integrity established a unique culture that continues to be Karmak’s greatest strength.

The celebration in the Scheins’ honor featured good food and many stories, with a chance to reminisce, laugh and share memories through videos and photographs. The employees expressed their heartfelt retirement wishes and deep appreciation for the legacy that the Schiens have established. The team of employee owners looks forward to the next 40 years of Karmak’s success. 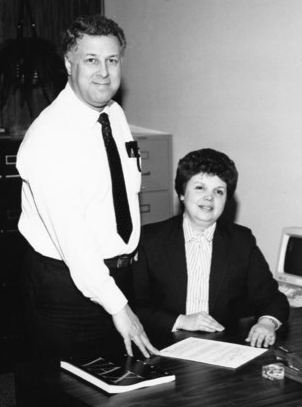