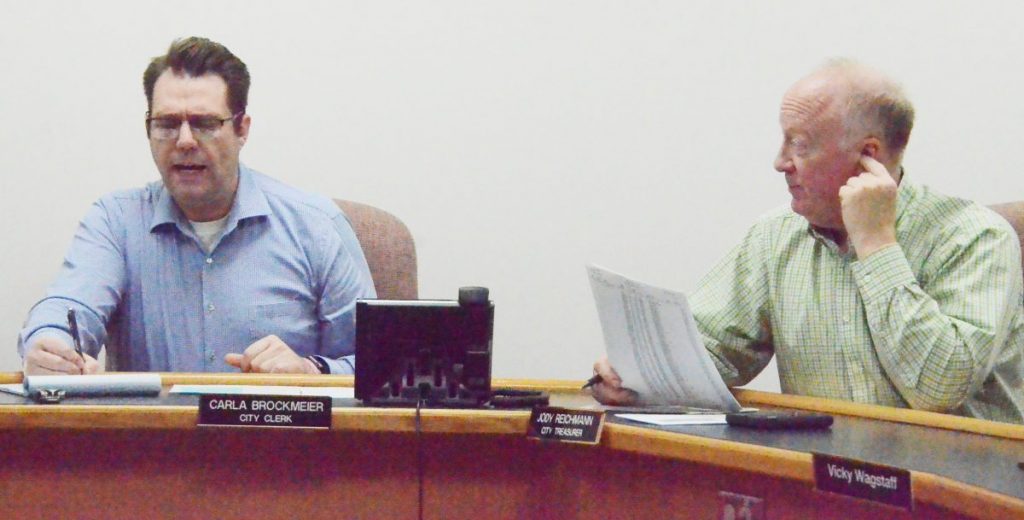 The first day of March not only marked the beginning of a new month, but also a new era as the City of Carlinville’s revolutionized tourism committee held its inaugural meeting at the Carlinville City Hall.

Duncan, a retired school teacher, was a member of the old tourism group. She provided tours of the Macoupin County courthouse and gave transportation-related ones via a bus.

Brown is the manager of the Mother Road Antique Mall on the Carlinville square. He previously spent 25 years in the radio broadcasting business while taking part in many promotional activities. Brown said that he would like to see the committee reach out to every organization possible. Some examples he gave were restaurants, bars and potential recreation such as bird watching.

“We need to try and be seclusive as much as possible,” Brown said. “Not that the old tourism group was not. I thought it was good but I would like to see that continue. I’m happy to be a part of this.”

Tinder, who called into the meeting, expanded on what Brown mentioned by announcing that she had high aspirations of Carlinville being successful, regardless of what the city chose to do.

“I think we have a ton to offer here,” Tinder said. “I would like to see us be able to wrap it all up in some sort of a package and blast it out so that people know what we have, where we are and why they want to come and stay. Anything, whether its the Historical Society, good food, activities, festivals, Route 66, all of that.”

Downey, a well-known local individual currently serving on the city council as the Ward No. 3 Alderman, agreed.

“We have a lot of assets and points of interest in this community from the Blackburn College to the hospital, courthouse, jail and a lot of other sights that can be toured and or visited,” said Downey, who has been living in Carlinville for over 30 years.

Downey added that he would like to see sears’ homes somehow renovated so they could be included.

“Carlinville has one of the largest collections of those in one location,” Downey said. “I want to see a plan developed in an effort to improve that area.”

Downey, who was elected as chairman, also wanted the committee to take pride in attending all city events so it could work with specific partners in order to help with promotions.

Yeager joined the committee because she wanted to see the city offer more family-related opportunities, events and or activities. She additionally envisioned the Carlinville lake reaching its full recreational potential.

Naples will be assisting the committee as its regional tourism board member. Naples, who works with Great Rivers & Routes, said that community engagement and promotions were both part of his specialty background.

“We focus on an area from Macoupin County North all the way to East St. Louis,” Naples said.

“Pretty much every city in our area, I hang out with,” Naples said.

As a ‘Carlinville boy,’ Naples additionally owns two businesses in town, including the famous Uptown Tavern bar and restaurant on the square, plus a couple of houses and commercial property on Route 66.

“I’m excited to see this town grow into what it could be,” Naples said.

“Joey is going to be a big asset,” Zilm said.

The money that will be used by the tourism committee for projects and any other intiatives will be generated through a hotel-motel tax, which has been in existence for quite some time now.

Downey said there was roughly $40,000 in which the city currently had access to and that the purpose was to encourage guests and vendors alike to come in and have overnight stays.

“We’re not starting from scratch,” Downey said. “We do have a good pot to work with in order to start some initiatives. Our first step is go and get some ideas, then go from there.”

In the future, the committee will be exploring marketing campaigns for social media, Christmas in Carlinville and the Carlinville Lake while taking into consideration other business items such as Great Rivers & Routes and involvement with the Carlinville Chamber of Commerce.