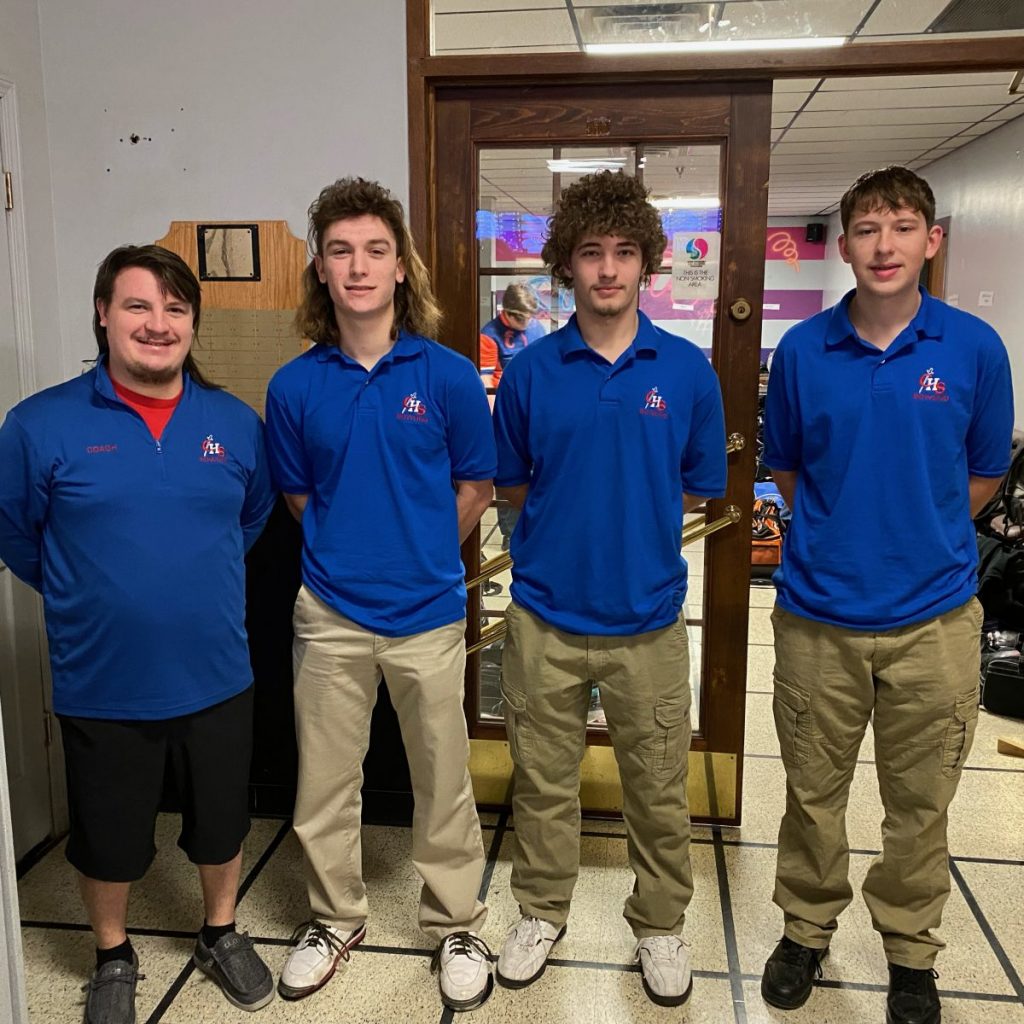 On Jan. 21, Jack Rives, Jordan Griffel and Aaron Cordani represented Carlinville High School at an IHSA boys’ bowling sectional in Collinsville. Rives bowled a 1234 in a six-game series and was one point shy of advancing to state. Griffel bowled a 1145 and Cordani finished with a 958. The Cavaliers are coached by Bryce Rives. Photo contributed.

Three bowlers from Carlinville as well as a lone representative of Southwestern’s team took their best shot at state, but fell short.

The closest to advancing was Carlinville’s Jack Rives, who fell one point shy of the tenth and final individual qualifier. Rives bowled a 1234 in a six-game series, with his highest score being 242 out of a possible 300 in the opening 10 frames. Rives hit on a score of 200+ three times, but bowled his lowest score of 189 in the final round, which cost him.

Jordan Griffel cranked out a 245 in his fifth game and ended the day with 1145 points.

Mason Basnett of Southwestern bowled a 1017.

Aaron Cordani rounded out the CHS trio with 958 points.