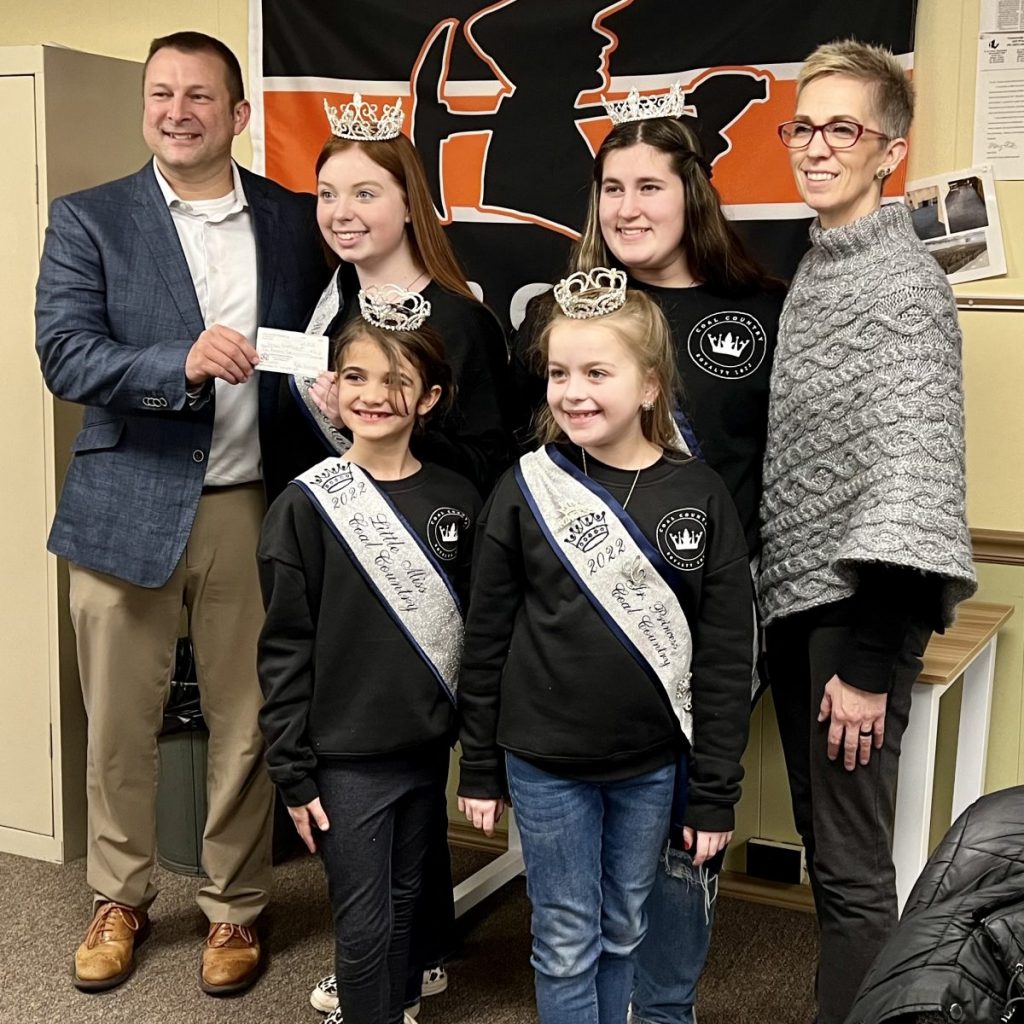 Several items were on the Gillespie School Board Agenda on Monday night. A contract extension for the Superintendent was approves, several matters of employment were discussed and an idea for an Athletic Wall of Fame was discussed.

Several students were given a shout out at the meeting because of achievements they had recently reached.

Kennedy Helmkamp submitted an idea for a PSA which was selected for the Drive Safe Chicago Scholarship Contest. Emmy winning producer Alan Weiss and his team were at GHS on Tuesday morning to film the PSA. Plus another film crew was on scene to film the making of the PSA and an interview with Helmkamp for the TV show Teen Kids News.

Xavier Steward passed a Cyber Security Assessment given by the U.S. military. Steward is one of only 11 people in the State to have passed the exam, which has an 86% national failure rate. Due to his score Steward will attend a one year training on National Security Threats beginning in September.

Macie Wright and Emmarie Moutria each had an artwork accepted into the Scholastic Art and Writing Show. The works will be on display at the Springfield Art Association from Feb. 5-23.

In the Middle School, 7th grader Madison Dursten was given a shout out for having two of her photographic works recognized by the Scholastic Art and Writing Show. She received a Silver Key for her works, which will also be on display at the Springfield Art Association from Feb. 5-23.

Jeremy Smith, the eighth grade social studies and Gillespie Middle and High School Baseball Coach came to the meeting to discuss an idea he had to honor the athletes of Gillespie High School.

Smith’s idea takes inspiration from the Wall of Honor that already exists at Gillespie High School, though the Wall of Fame would focus specifically on athletes.

A committee was created to come up with initial ideas for the wall, board members include Smith, Owsley, High School Principal Jill Rosentreter, Athletic Director Mike Bertagnolli and community member and public librarian Steve Joyce.

Smith felt that the athletes of Gillespie should be honored in the same way as other respected Gillespie alumni. It was also mentioned that the wall would be used to create a positive culture by supporting past students and give current or future students something to strive for. There have been several suggestions already made in both men’s and women’s sports to add to the wall.

There are to be four groups under which a person could be honored. Athletes, Coaches, Teams and Contributors, examples of contributors that Smith names were Charlie Morgan or Sparky Donaldson, people who weren’t on the team but made a significant impact to Gillespie Athletics.

At the moment the committee is trying to keep the idea as low cost as possible. The Wall of Fame committee says it is trying to stay away from creating plaques like the wall of honor because they are costly and there is no good location to put them. The idea at the moment is to put names, a picture and a brief biography of each honoree on the screens in the gym which will scroll through.

The board members were very receptive to Smith’s idea and thought the project should move forward.

A one year contract extension was approved for Superintendent Shane Owsley. Casey Fellin was hired as a volunteer assistant women’s soccer coach pending certification and a background check. Donnie Allan was hired as a Varsity Assistant Football Coach.

The board accepted the resignation of Jeff Mueller as a district custodian effective on Jan. 31.

Owsley went over the 2022 annual disclosure report with the board. The Equalized Assessed Value for the district was $87 million in 2021 an increase from 2017 when the value was $69 million. The bond and interest tax rate has decreased from previous years. Owsley has said that the district has been able to collect more money from tax levies but the actual tax rate for the district has gone down. Citizens are now paying a 3.655 percent tax rate compared to a 4.20 percent in 2017.

District maintenance director Brian Page asked the board to approve a $16 per month program to which can be used to organize and mainstream the maintencance team. The $16 program only supports one user, Page is requesting the one user program on a month to month basis as he works to understand the program. After Page learns the program he will likely come back to the board to request the purchase of the expanded program which the rest of the team can use.

The Coal Country Queens were present at the school board meeting to present a check to the district. Funds were raised from fund raisers and raffle ticket sales. Organizer of the Pageant Gina Frensko said the check was given to the school in part as a way of thanks for the use of the school facilities to host the pageant.

The Staff seniority lists were approved by staff members and the school board.

Owsley provided an update on the bus lease resolution the board signed in 2022. The leased buses are set to be delivered in February.