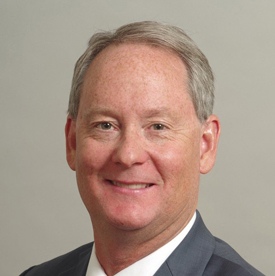 Mark was born on March 9, 1967 to Lennis and Jean (Willis) Blackburn in Springfield.

He was married to Tami Shreves.

Mark earned a Bachelor’s Degree in Business Management from the University of Illinois – Springfield and a Master of Business Administration degree with a concentration in Finance from Saint Louis University.

Mark was a man of God and a friend to everyone. He loved to travel. His favorite trips were vacations with his wife and ATV rides in West Virginia. He was an avid hunter and loved the outdoors.

Mark was preceded in death by his parents and brother, David Blackburn.

Visitation will be held on Wednesday, Jan. 18 at 10 am at Carlinville First Assembly of God Church. Funeral to follow at 11 am with Rev. Phil Schneider and Rev. Allynn Walker officiating.