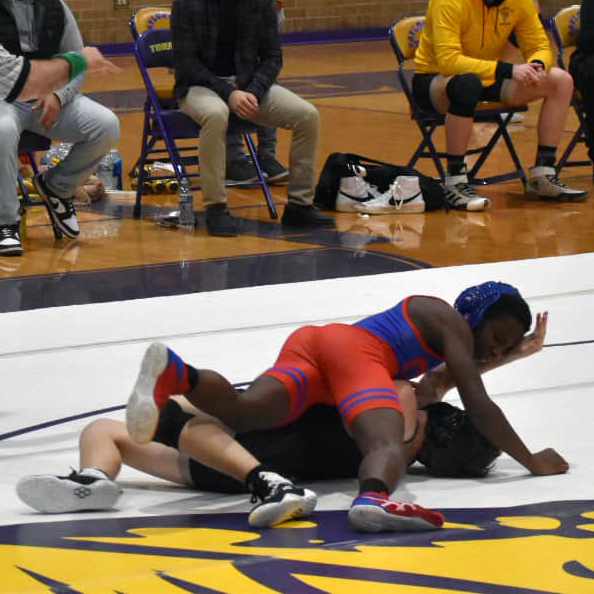 Carlinville Wrestling Club sixth out of 23 teams at Jacksonville

Last week, the Carlinville High School wrestling team picked up a pair of dual victories on the road, while the youth of the Carlinville Wrestling Club pieced together a sixth-place effort in a 23-team competition at Jacksonville’s ‘Battle in the Bowl.’

The number 36 was the magical tally for the CHS wrestling team at Taylorville Jan. 4.

The Cavaliers defeated Decatur Eisenhower, 36-23, and the host Tornadoes, 36-15.

Kaelen Furness, Ronald LaPlante and Devon Hulett each added single victories that were acquired in a split.

Carlinville was back in action the next night against Quincy Notre Dame and Riverton at home. The Cavaliers lost both matches, 8-21 and 16-53, respectively. Schwartz, Pruitt, LaPlante and Scott each repeated their individual performances from 24 hours earlier.

CWC sixth out of 23 teams at Jacksonville

Another successful weekend is in the books for the CWC.

The future generation of Cavaliers took to the mats at the ‘Battle in the Bowl’ and made a lengthy trip to Jacksonville worth every mile.