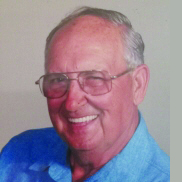 He was born April 24, 1945 to Charles and Ellen (Weller) Siegel in Carlinville.

Charlie graduated from Carlinville High School in 1963. He later attended Lincoln Land College where he earned his associates degree.

He was also a US Army Veteran of the Vietnam War.

Charlie worked at Rathgeb Brothers for 40 years as a shop foreman. He then went to Konneker-Brown and then Sievers where he worked until he retired in 2014.

Charlie was on the school board of Carlinville District #1 for 20 years, he was currently a member of the Macoupin County Board. He previously served on the St. Paul’s UCC council.

He is preceded in death by his parents and his son, Charles Brent Siegel.

Visitation was held on Tuesday, Jan. 3, 2022 with funeral service following at the Heinz Funeral Home in Carlinville.

Memorials may be made to the Shriners Children’s Hospital or St. Paul’s UCC.