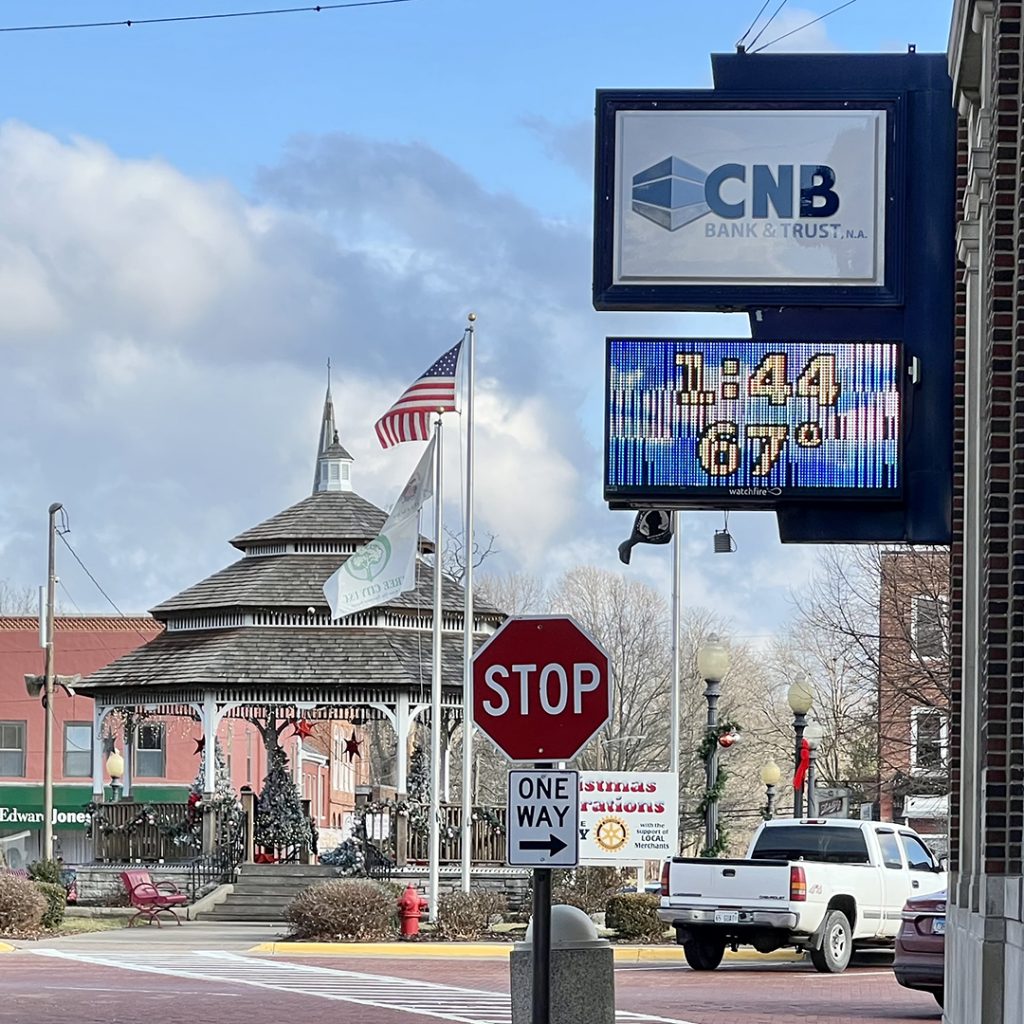 With the Gazebo in the Carlinville Square still decorated for Christmas, the time and temperature sign at CNB in the square shows unseasonably warm temperatures. Enquirer~Democrat photo by Erin Sanson.

After experiencing the single digit temperatures in the last two weeks of 2022, few expected a significant increase in temperature so quickly into the new year.

That is exactly what Macoupin County felt as temperatures soared from 3 degrees, without the windchill factor, on Dec. 23, up to 67 degrees less than two weeks later.

In spite of beating Springfield’s Jan. 3 temperature record, the highest recorded January temperature in the area remained just out of reach.

Despite the warm weather that began the month, temperatures are expected to drop back to normal for the rest of the month with temperatures in the 30s and 40s.