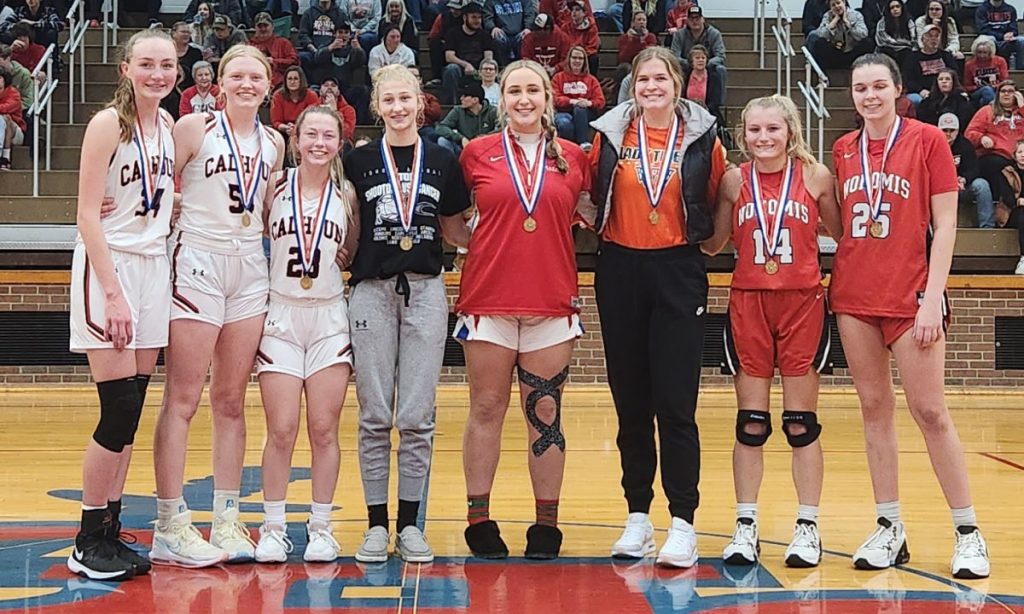 During the holiday break, sports fans were treated to a tradition of hoops at the 56th annual Carlinville basketball tournament.

Eight boys and girls varsity teams took to the hardwood Dec. 26 and duked it out until Dec. 29.

The first three days of the tournament featured pool play contests, which decided the place game and championship pairings.

As in the past, a large turnout was expected, especially now that COVID-19 restrictions were in the rearview mirror. Those expectations were met and the crowds gradually increased throughout the week.

On the final night, fans and players from multiple schools packed the stands to enjoy some action courtesy of the tourney’s frontrunners.

In the boys’ tournament, Litchfield was predicted as the favorite and lived up to the hype despite missing its best player due to injury. The Purple Panthers brought home their first title in a decade.

On the girls side, a young but dangerous Calhoun squad that featured two All-Tournament sophomores humbled top-seeded Nokomis to win its program’s first championship.

As for Macoupin County squads, the Carlinville girls won three out of four games to place third, despite being without a single upper-classman on their roster. The Cavaliers upended higher-ranked South County and Greenfield-Northwestern in pool play, then avenged a conference loss to Gillespie by beating their rival Miners.

Gillespie came out of the gates hot with two wins over Williamsville and Lincolnwood, but couldn’t figure out Nokomis with a championship berth on the line. Thus, the Miners had to settle for fourth place and a 2-2 split.

Greenfield-Northwestern’s girls were faced with a downfall in comparison to a runner-up finish from last year. Nevertheless, the Tigers exceeded expectations. GF-NW was seeded at the bottom of its respective pool, but salvaged a win over South County before defeating defending champion Williamsville in the fifth place match.
Staunton was the leader amongst four local rivals in the boys tournament. The Bulldogs, like the GHS girls, came out of the chute at 2-0 but went flat against Litchfield and Hillsboro down the stretch. Staunton finished fourth place overall.

The Bunker Hill boys ranked sixth and Carlinville came in last. The Gillespie Miners made easy work of the Cavaliers for seventh place.

A complete run-down of all tournament results can be found below.