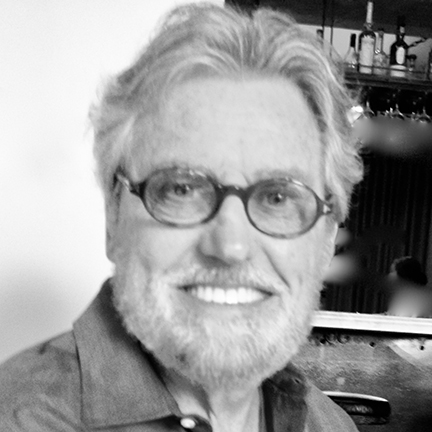 He was the son of James Wilson Davis, Sr and Edith Mildred Smith.

Jim was raised by his grandparents, Mrs. and Dr. James Henry Davis, in Carlinville.

Jim experienced a diverse childhood, spending the school year in Carlinville as a lettered athlete, and the summers in El Paso, Texas with his Mom.

Jim graduated from Washington University, Saint Louis, with a BFA in illustration.

His art portfolio from college landed him several offers at the country’s biggest and best advertising agencies in New York. At J Walter Thompson, Jim became the muse of Lee Iacoca, then head of Ford Motor Company. His television commercials introduced us to the Ford Mustang GT, Listerine mouth wash and Lux soap. But as Jim climbed the corporate ladder, he found the company politics disheartening. He quit and later emerged, under the wing of Edward E Jones, stock broker. Jim was sent to Paris, Texas with two years.

Following a divorce, Jim moved to Dallas as Vice President of a major investment firm and met his future wife, Peggi, on a blind date. They were married on New Year’s eve in Hana, Hawaii, They resided in Houston, San Francisco, New York, Fort Worth, Washington DC, and later Birmingham, Alabama where they eventually retired.

He is survived by his wife Peggi; children, Stacy and Gannon and three grandsons, Axel, Joc and Jake.