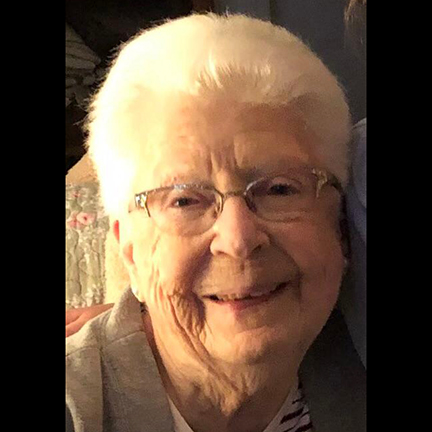 Gerry was born Dec. 5, 1922,  in Santa Barbara, CA, a daughter of Rumaldo and Alberta (Schindler) Abbott.

Geraldine graduated from Santa Barbara, CA High School with the class of 1940.

Gerry was a homemaker, with her husband being in the military she lived all over the world including Japan,  Germany and all over the United States. Her hobbies included sewing, quilting and she had a loved pets. She was an avid supporter of the military.

Later in her adult life she moved numerous times between Riverside, CA and Carlinville. Her last years she resided at the Village of Morse Farm.

There will be no services at this time.

Memorials may be made to Macoupin County Animal Shelter, Carlinville.