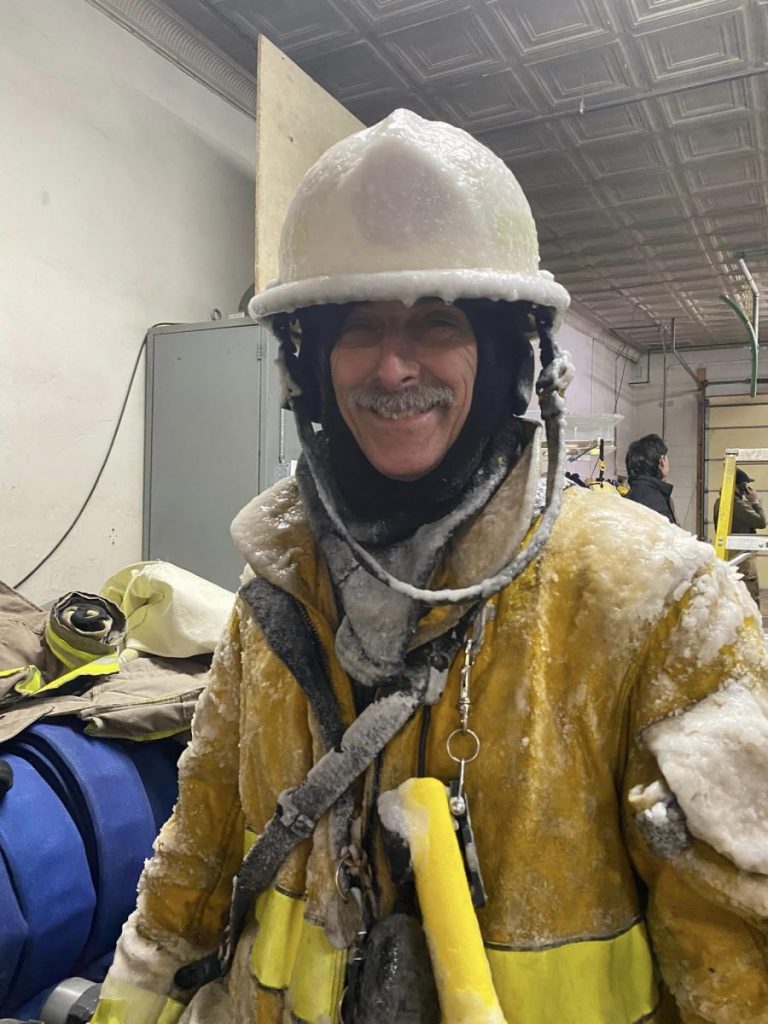 Firefighters battled a fierce blaze as well as temperatures well below freezing and winds at speeds up to 40 mph on Thurs. Dec. 22 when the old bowling alley in Girard caught on fire. Photo by the Girard Fire Protection District Ladies Auxiliary.

A fire blazed at the building which previously housed a bowling alley on the north end of Girard the night of Dec. 22. The first reports of fire inside the building came around 6:30 p.m. Virden and Carlinville Fire Departments were called for mutual aid shortly after. Fire crews from Farmersville and Northwestern were also present to fight the blaze. Both departments were radioed in as mutual aid at 7:45 p.m. and 8:45 p.m. respectively. It took firefighters five hours to extinguish the flames, battling the fire in -35 degree wind chill, with winds gusting at around 40 mph.

Dollar General, Can-Am and CSC Motor Company, all businesses near the bowling alley were opened as warming centers for the fire fighters.

All occupants were out of the building and no injuries have been reported. The building was deemed a total loss and crews were out again on Dec. 23 to knock down the remaining structure.

Firefighters were able to save the neighboring Dollar General, which reportedly had melting siding due to the heat from the fire.

The fire is still under investigation.

Members of the community supported the firefighters efforts with warm food and many donated hand warmers at the firefighter’s request. Local businesses also helped to keep firefighters supplied, helping to load deicer and providing warm drinks for those in the cold.