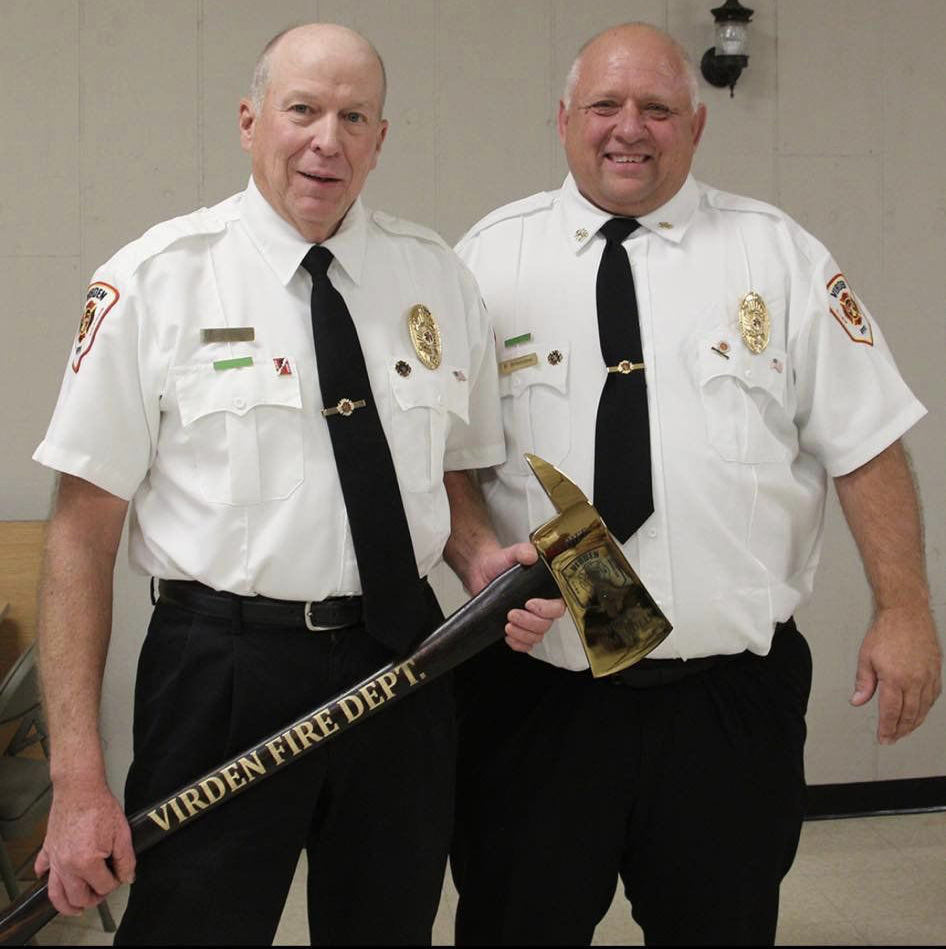 Several awards were handed out at the event honoring the long time employees and volunteers of the Virden Fire Protection District. Virden’s new Chief Brent Britenstine handed out the awards throughout the evening.

Bruce Fairfull, the previous Chief received the 35 year award and an ax for retiring as the Chief. While he has stepped down from his position as Chief he well maintain a place on the Department.

Marvin Payne received an award for 45 years on the Department. Kim Ball and Marty Jones received the 30 year plaque for EMT service.

The award for the employer letting their employees go to calls went to Main Street Tire. The award was accepted by Terry June and Josh Austin.