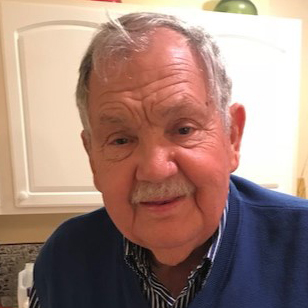 Thurman Edward Stewart, 86, of Jacksonville, passed away on Sunday, Dec. 18, 2022, at Carlinville Area Hospital in Carlinville.

He was born June 13, 1936, in Trigg County, Kentucky, the son of Hubert W. and Pauline Bridges Stewart.

He was preceded in death by one daughter, Debbie Stewart, and one brother, Larry Stewart (surviving wife, Gloria of Hopkinsville, Kentucky).
Thurman was raised in Kentucky and attended the University of Kentucky. He earned his Bachelor of Science degree in Electrical Engineering, two master’s degrees, and his PhD. in Physics from the university. He went on to earn his Master of Divinity degree from Midwestern Baptist Theological Seminary in Kansas City, Missouri. Thurman taught physics at Tennessee State University in Nashville prior to entering the seminary. He later served as a minister for many years in Hettick. In addition, 40 years ago, Thurman helped found the Illinois Southern Baptist Disaster Relief Ministry. Thurman was currently a member of Lincoln Avenue Baptist Church in Jacksonville.

Thurman enjoyed fishing and had also hunted for many years. He was an avid gardener and enjoyed giving away most of the produce he raised. He also enjoyed making hiking sticks and giving them away to family and friends and playing his harmonica for his family and children in the disaster relief program. His winter months were spent in Florida where he walked the beach collecting shells and shark’s teeth. He was an avid St. Louis Cardinals and University of Kentucky fan.

Services were held on Wednesday, Dec. 21, 2022, at Lincoln Avenue Baptist Church in Jacksonville. Burial was at Mayfield Memorial Park in Carlinville.

Condolences may be left online at airsman-hires.com.