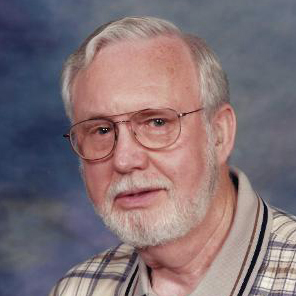 Kenneth DuWayne Proctor, 86 of Holmen, Wisconsin passed away at his home on Thursday, Dec. 15, 2022, surrounded by his loving family.

Ken was born in Carlinville, on July 15, 1936, to Joseph and Virginia (Caudle) Proctor.

He was employed in Chicago as a CTA bus driver where he met Nancy Niles as a passenger, they were joined in marriage in 1961.

Soon thereafter, Ken joined the U.S. Army, serving as a driving instructor for the deuce-and-a-half heavy truck at Fort Bliss in El Paso, Texas.  Upon discharge, they moved back to Chicago, and Ken returned to driving bus and then later began working for an overhead door company.  While returning to La Crosse for one of Nancy’s Class reunions, an opportunity arose, and they bought the Ace overhead door company and moved their young family to La Crosse.

In 1981, Ken was diagnosed with brain tumors and retired from working due to the health complications that arose and has been disabled since 1982.

Ken was a great fan of Baseball, having grown up in Illinois, he had an allegiance to his Chicago cubs and later enjoyed traveling to Miller Park to watch the Brewers as a participant in the La Crosse area days.  Although Ken would watch the Green Bay Packers, his favorite was the Chicago Bears.  He loved watching the old Westerns and enjoyed reading, having an extensive collection of books.

A private burial will take place at Gate of Heaven Cemetery on Thursday, Dec. 22.

In lieu of flowers, memorials may be made to St. Elizabeth Ann Seton Catholic Church or to the Holmen Community Center.