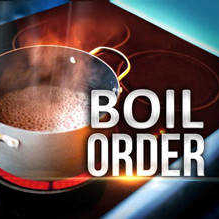 The city of Carlinville was under a boil order on Dec. 9 and 10 following two water mains being hit, emptying the cities water towers. Normally, the city would be notified of the tower levels running low but, due to a major communication line being cut in the St. Louis area, phone and internet services were out at the same time.

Most residents noticed low water pressure the morning of the 9th. Residents on Chiles and Killam Street were without water entirely due to the break being isolated.

On Sat. Dec. 10, around 2:30 p.m. the City of Carlinville posted an update on the boil order to its Facebook page. At that time a majority of Carlinville was no longer under a boil order. Residents on Chiles Street from Killam Street to West Nicholas Street remained under the order, as did residents on Ellison Street from East Second South Street to Ramey Street and all of Ramey Street. New water samples from those areas were to be taken on Monday to be tested. As of 9 a.m. on Wednesday there was no update to the situation and the affected areas remained under the boil order.