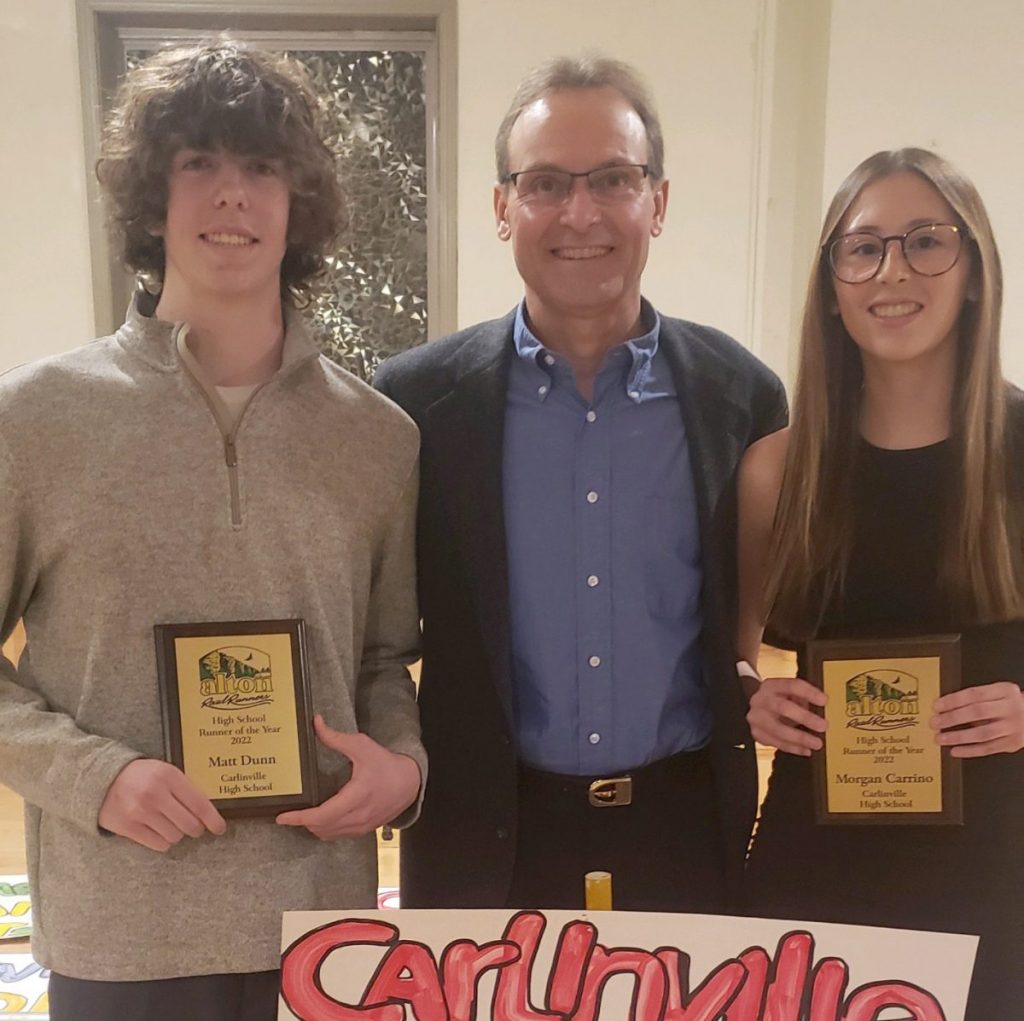 On Dec. 4, Carlinville High School cross country Runners of the Year Matt Dunn and Morgan Carrino were honored at a ceremony that was hosted by the Alton Roadrunners. Dunn and Carrino are pictured along with their head coach Charlie Helton. Photo contributed.

On Dec. 4, Carlinville High School cross country Runners of the Year Matt Dunn and Morgan Carrino were honored by the Alton Roadrunners at their 17th annual awards’ ceremony.

Carlinville was one of 14 area schools that brought their two best athletes to be recognized.

Alton Roadrunners’ President Russ Colona presented and gave a large audience of parents, coaches and athletes a few minutes of praise for each of their accomplishments.

The night began with a few introductions, followed by a pasta and chicken dinner.

Traditionally, a guest speaker addressed everyone in attendance following the meal. This year’s speaker was Blackburn cross country coach Al Sturgeon, who shared some informational and motivational words with each of the athletes and their representatives.

Colona then introduced all of the athletes one by one and spoke of their accolades.

Each athlete had additionally selected a highlight and or past race from the fall which they enjoyed the most.

Carrino and Dunn both agreed that the East Alton Wood River Invitational was their favorite. Their reasoning was that “it was a fast course that made several laps through a stadium across a track and around it several times. The race was hosted on a mid-October evening and that gave a special field to the athletes as they had over 5000 lights to show the way along with music over loudspeakers.”

The event was sponsored by several businesses in the area, with the major sponsor being First To The Finish – a track and field equipment store located in Edwardsville.