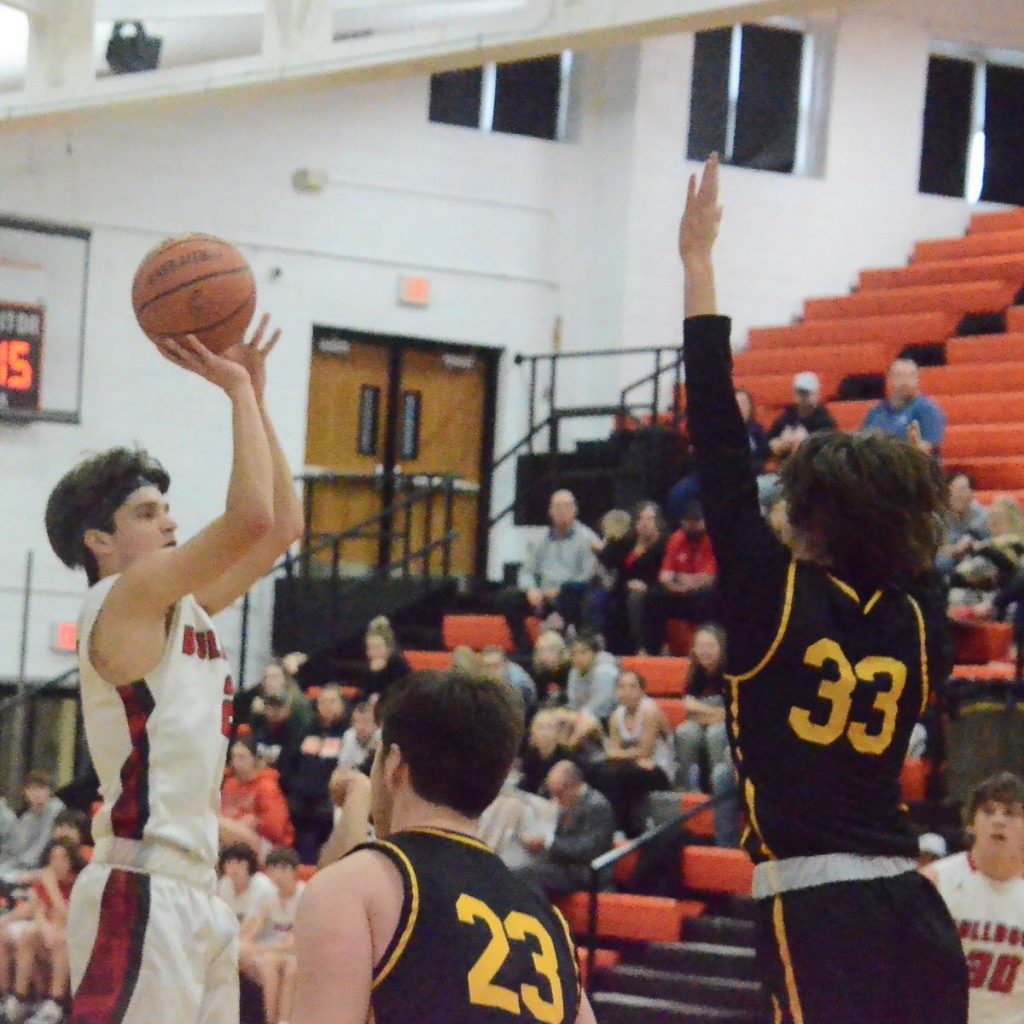 At the fourth annual Terry Todt Shootout, the Carlinville High School boys’ basketball team found its way into the win column, along with the Staunton boys and the Gillespie girls Dec. 10 in Hillsboro.

The North Mac boys and Carlinville girls additionally took part in the all-day event that featured an eight-game showcase. Those teams fell short of victories, but were still able to provide hoops entertainment in honor of the long-time WSMI radio broadcaster that had provided play-by-play and insight of student athletes for the past four decades up until his passing in 2019.

All proceeds, which were raised via admissions, donations, raffles and half-court shot contests, were made out to the Montgomery County Cancer Association – one of the organizations that Todt had cherished the most during his battle against the disease.

Over the past couple of seasons, Ryenn Hart had usually been the player that sparked Carlinville when the team was in need of a spark.

The senior rose up and did it again for CHS against Arcola.

The Cavaliers, losers of four forgettable games in a row, jumped out to a 15-5 lead in the first eight minutes, with Hart connecting on a trio of threes.

Staunton got off to a rough start, but pushed back and countered the slump with a 31-15 run in the second and third quarters combined.

The Bulldogs constructed a 13-point foundation and outlasted Edinburg, 51-43.

Staunton improved to 3-3 with the win.

Mia Brawner, Delaney Taylor and Emily Schoen once again proved themselves as a ‘Big Three’ for Kevin Gray’s Gillespie Miners against Lincolnwood.

The game may have been scheduled early in the morning at 9 a.m., but Gillespie was well awake and ready to go.

By halftime, the Miners already had 33 points on the board, leading by 15.

The Carlinville girls managed to remain within single digits of Nokomis for a time, but veteran leadership, overall stamina and a vast array of shooting eventually won the day for the Lady Redskins against the young Cavaliers.

Nokomis, one of the favorites to win the Carlinville Holiday Tournament, pummeled CHS, 47-29, and handed the Cavaliers their fourth consecutive defeat.

Carlinville fell to 1-7 on the year.

Nothing was working for North Mac’s boys against a stubborn Nokomis defense. The Panthers had 15 turnovers, they shot under 33 percent from the floor and were outworked for almost every loose ball in a rough 39-17 loss that dropped their record to 4-6.