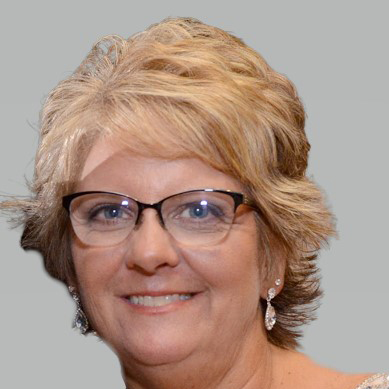 Kim was born on Sept. 23, 1966 to Albert Rhodes and Linda (Ballinger) Lewis in Carlinville.

On Sept. 26, 1987 she married Mark A. Boente at St. Mary’s Catholic Church in Carlinville.

Kim was a 1984 graduate of Carlinville High School. After graduation she attended Hickey Business School in St. Louis, where she graduated in 1986.

Her first employment was with Blackburn College, after which she became a secretary at the Farmers and Merchant Bank. A few years later she started as an administrative assistant for Hanson, Inc. in Springfield, where she was employed for over 24 years and finished as a Land Acquisition Specialist. While working for Hanson, she was also an active real estate broker for the past 10 years.

Kim was a member of Ss. Mary and Joseph Catholic Church in Carlinville. She enjoyed working with people, spending time with her family, shopping, and following her children and later grandson in their sports activities.

Kim and Mark loved traveling, especially with their traveling buddies, Kurt and Sherri Boehm. She was an avid Cubs fan and loved her two dogs, Kobe and Addy.

Memorials are suggested to the Macoupin Center for the Developmentally Disabled (MCDD), American Cancer Society, or Ronald McDonald House.

Online condolences can be given at davisandersonfuneralhome.com