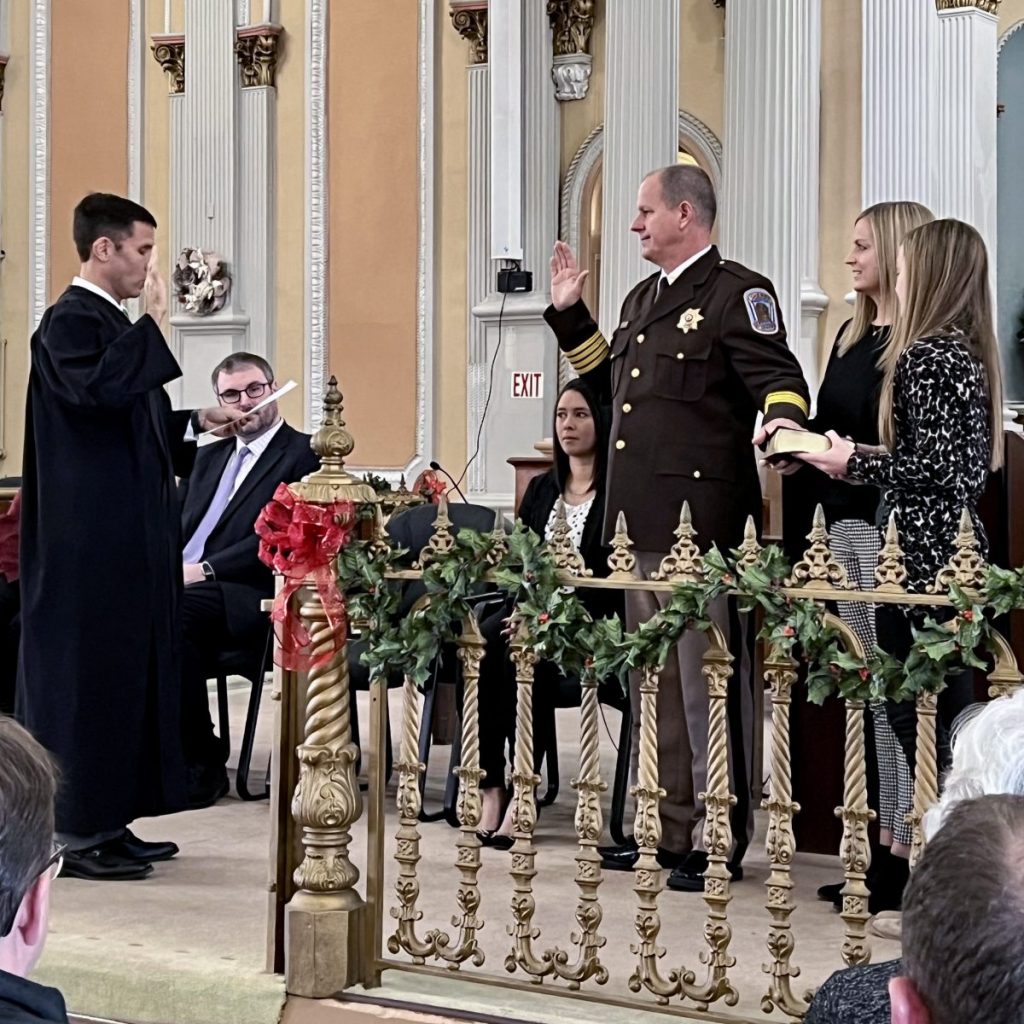 Three officials, Pete Duncan, Shawn Kahl and Michelle Mueller were reelected into their positions. The only newcomer to the ceremony was Lillian Amber McGartland, the newly elected County Treasurer.

Judge Ken Deihl was the presiding judge though Judge Joshua Meyer and Judge April Troemper were both present and swore in an individual. The officials were sworn in based on how long they had held their office.

The first official to take their oath was County Clerk Pete Duncan, who is beginning his fourth term. Deihl praised Duncan for his “professionalism, accountability and integrity” before he was sworn in. Duncan took the podium to thank those who came to the ceremony as well as his staff members.

Sheriff Shawn Kahl was the second official to be sworn in. Judge Meyer was responsible for swearing Kahl in. His wife and daughter joined Kahl on stage to hold the Bible for him. Afterwords Kahl thanked the community, family and friends for their support. He also took the time to address some of the changes the court system and his position may be seeing due to the SAFE-T Act. He added that though the Department may face challenges due to the law change, he has a “good staff in his department.”

Michelle Mueller, the Regional Superintendent for Macoupin, Greene, Jersey and Calhoun Counties was sworn in third. Her daughter joined her on stage to hold the Bible as Mueller was sworn in. Deihl led Mueller in her oath. Mueller thanked the community for their support as well, even though, she pointed out, that she had run uncontested. Mueller spoke of some of the accomplishments she had reached in her last term, such as being awarded an $850,000 grant for Social Emotional Learning programs. Mueller said she was looking forward to the next four years.

Finally, Lillian Amber McGartland was sworn in. Judge April Troemper administered the oath while McGartland’s husband held the Bible. McGartland made very brief remarks after being sworn in. She, like her colleagues thanked the community for its support and said she was “looking forward to serving Macoupin County as Treasurer.”