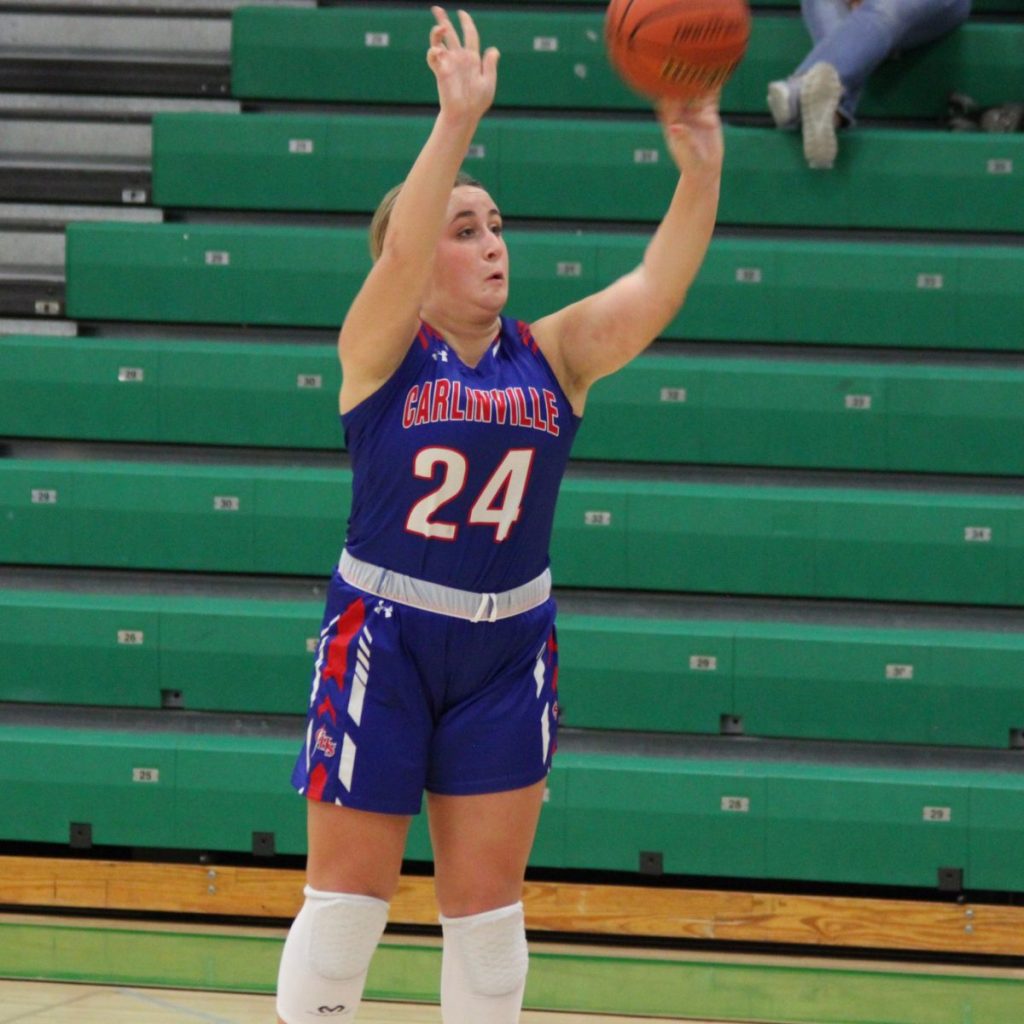 Isabella Tiburzi, pictured taking a jumpshot during a road contest at Athens Nov. 18, ignited for 15 points and lifted the Carlinville High School girls’ varsity basketball team to its first win of the 2022-23 season at Greenfield-Northwestern Nov. 22. The Cavaliers, led by their sophomore captain, tamed the Tigers, 41-25. Photo contributed by Julie Gibson.

In high school girls’ basketball action, Staunton is still unbeaten, Gillespie has bragging rights over a neighboring county rival and Carlinville’s youth stepped up and claimed a win at Greenfield-Northwestern.

After a nine-day layoff, Staunton stayed hot in the early going with a fourth dominant showing in as many contests. The 4-0 Bulldogs hounded East Alton-Wood River at home, 56-20, Nov. 26.

Staunton travels to Litchfield Thurs., Dec. 1 and returns to its hardwood Fri., Dec, 2 against Bunker Hill. On Mon., Dec. 5, the Bulldogs head to the St. Louis border to battle former conference foe Roxana.

A young but talented team captain in Isabella Tiburzi logged double figures in the scoring column and pushed Carlinville to its first win of the season at Greenfield-Northwestern Nov. 22.

The Cavaliers, which are without an upperclassman, are 1-4 overall and will travel to Vandalia to tip off the South Central Conference campaign Thurs., Dec. 1.

The Panthers went 2-2 with wins over Lutheran and Triopia.

Abby Hendricks was named to the All-Tournament team.