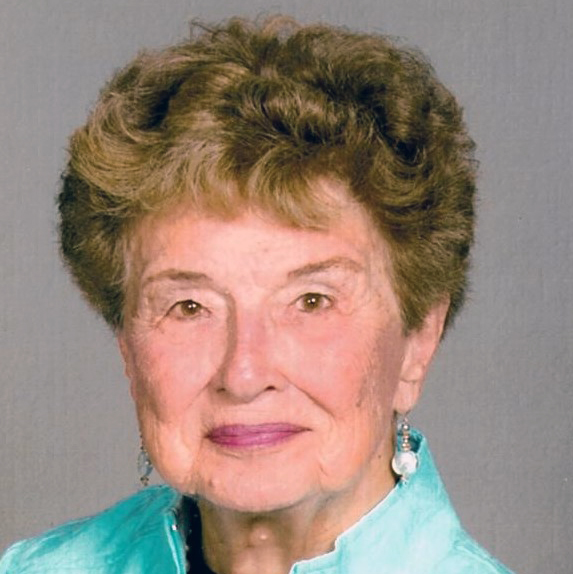 Wyn was born June 18, 1929 in Chicago, the only child of Henry and Catherine Larson.

She graduated with numerous life-long friends from Foreman High School, Chicago, with the class of 1947. She attended Blackburn College and National College of Education. While at Blackburn she met more life-long friends as well as her future husband, Thomas E. Nevins. They were married on June 9, 1951 in Chicago.

Immediately following the wedding they honeymooned in Lake Geneva, WI, the first stop on a cross-country road trip to San Francisco, CA to fulfill Tom’s U.S. Army obligation at Letterman Army Hospital. They lived in San Francisco until 1953, and Wyn taught kindergarten classes at the Army base school during those years.

Tom and Wyn lived, worked, and raised their family in the Chicago suburbs. She was employed as a wedding gift service consultant for Carson Pirie Scott and Co. for over 20 years. After moving to Litchfield in 1992 she made many friends through church, volunteerism, and being an interested and engaged neighbor. She especially enjoyed her years as a volunteer greeter at the Litchfield Museum and Route 66 Welcome Center.

Wyn was preceded in death by her father, Henry Larson; her mother, Catherine Larson (nee Hagenson); and her husband, Thomas E. Nevins.

A celebration of life will be held at a later date.

Memorials may be made to the Leukemia and Lymphoma Society, Litchfield Food Pantry, or the Litchfield Museum and Route 66 Welcome Center.