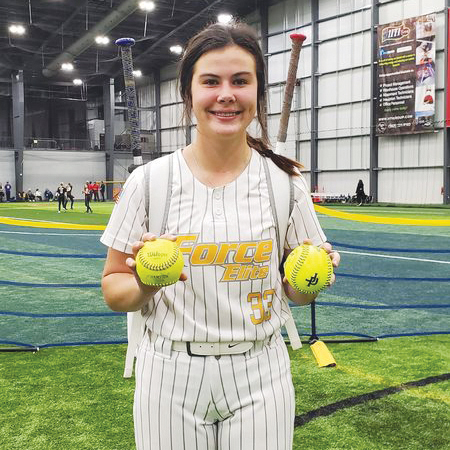 Carlinville High School sophomore Hannah Gibson, who was recently named to the All-Tournament squad at the Perfect Game Elite 40 Showcase in Chesterfield (MO), hit a pair of home runs in the opening contest of another tournament in Bettendorf to earn MVP honors and lead the Force to a first of three wins en route to a championship. The Force placed runner-up in Chesterfield and Gibson additionally struck out 15 batters on the mound – the fifth most out of all pitchers. She was one of six Force players to receive All-Tournament honors. Photo contributed.

Carlinville athlete Hannah Gibson and the Force Elite 16A softball team recently did some major damage at a couple of tournaments in Chesterfield, MO and Bettendorf.

At the Perfect Game Elite 40 Showcase in Chesterfield, the Force placed runner-up behind the leadership of six All-Tournament honorees.

Gibson and Hannah Uhles picked up 15 strikeouts apiece on the mound, which ranked them fifith amongst all the pitchers in the competition.

Abby Hendricks finished as the tournament’s offensive Most Valuable Player with a .688 batting average and .722 on-base percentage. Taryn Griffith was right on her heels at .632 and .611.

Gibson, Hendricks and Griffith were named to the All-Tournament squad along with Raegan Rezba, Carly Szoke and Ava Rodriguez.

At Bettendorf, the Force Elite went 3-0 and took first place. Gibson was named the MVP of the first game after connecting on a pair of home runs. 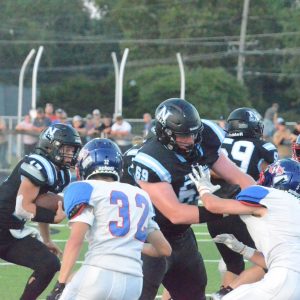