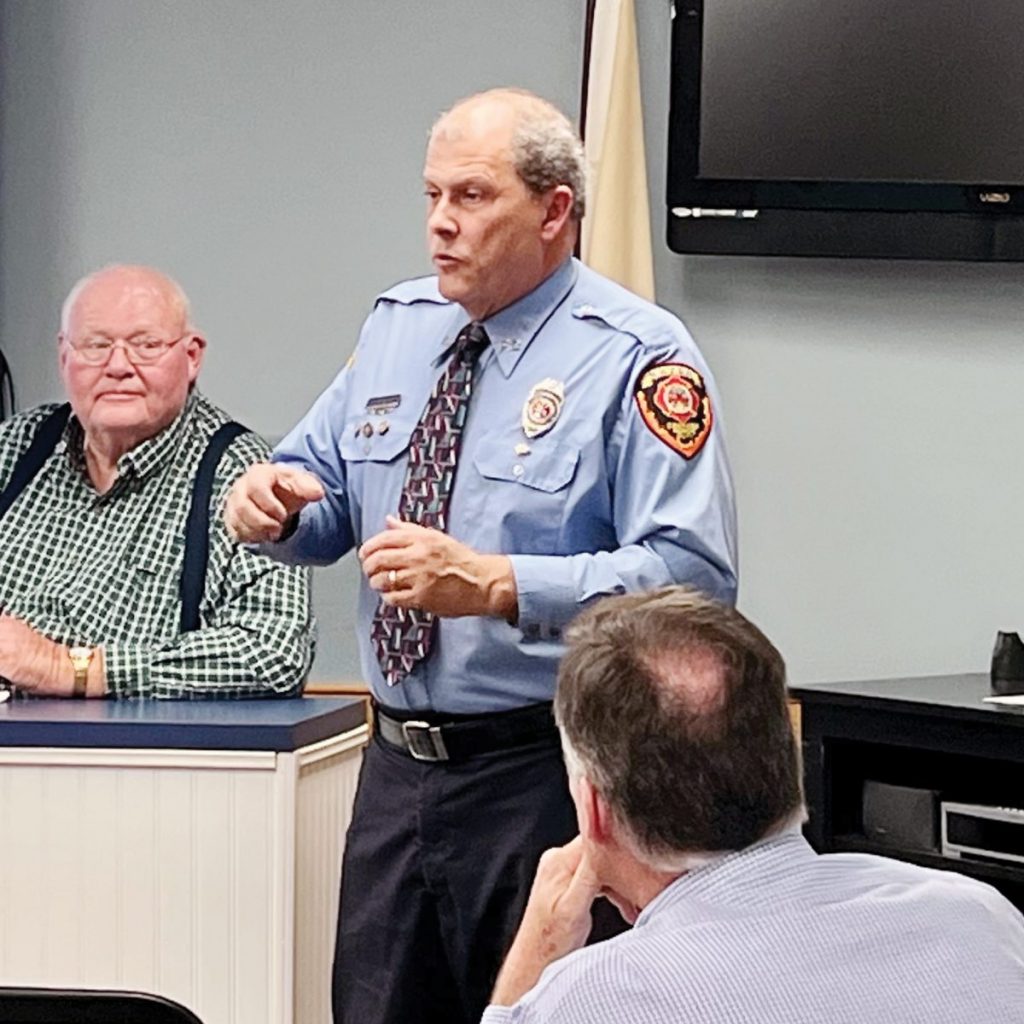 The November Macoupin County Board meeting was held one week later than usual due to the election held the previous week. Several items were discussed during the Nov. 15 meeting, most involved the County Engineer. The SAFE-T Act and upcoming changes to the court system were also discussed thought there was no decision to be made on the issues, it was purely informational. There were two guests present at the meeting as well.

Kent Tarro was present at the County Board meeting to announce his upcoming retirement in January. Tarro has been with the Macoupin County Health Department since 1983. His position as director of Public Health will be taken over by Christy Blank, the Clinical Director at the Health Department. Blank is an R.N. and is currently working on her Masters degree. Tarro says he has been training Blank over the past four years and said the health department would be left in“extremely capable hands.”
Tarro also asked to be put on the Administrative Committee’s agenda for its December meeting due to issues with drivers for the transportation program. Several drivers have been hurt while helping people onto the transportation buses. Tarro met with employment lawyers with whom the county contracts advised the department no longer assist people onto the bus. Tarro is going to collect more information on the issue and bring it to the committee at their next meeting.

County Engineer Tom Reinhart was up before the board several times during Tuesday’s meeting. He first asked the board to approve a resolution in which the County agrees to pay its share of matching funds for a road project on Brighton-Bunker Hill Road. Since the County will be receiving funding through the Illinois Dept. of Transportation (IDOT) this joint agreement was required to receive funds.

The board and IDOT reappointed Reinhart to another six-year term as the County Engineer. Reinhart has been with the County since 1998.

The third resolution Reinhart presented was a resolution to use REBUILD Illinois funds to pay the local share of the Brighton-Bunker Hill Road project in the amount of $600,000. Reinhart said he did not want to use all of the REBUILD funds to pay for this project and estimated $600,000 based on his knowledge of upcoming projects. He estimated that the project would take one construction season, if they began in March he hoped the project would be finished by this month. The Brighton-Bunker Hill Road project would replace the bridge, resurfacing, widening and reconstructing the road including the intersections at Fosterburg Road and Shipman Cutoff Road.

The County also agreed to participate in the County engineer Salary’s Program, which gives a recommended salary amount for each Illinois county’s engineer. The county’s then agree to pay the engineer at least 95 percent of the recommended amount.

This year the Road and Bridges Committee moved for Reinhart to be paid the full recommended salary as opposed to 95 percent of the salary which he has been paid since the county joined the program in 2004. There will also be a two percent raise, which is the yearly raise recommended by the State. Based on the increase to 100 percent pay and the two percent raise, Reinhart would make $124,644.

When asked why the committee recommended the full amount be paid Reinhart replied, “I figure after 24 years I’m worth 100 percent of the salary instead of 95.”

After much discussion the board ultimately approved the motion to pay the County Engineer the 100 percent salary. Board member James Ibberson made the motion, and all 14 members present voted to approve.

Sheriff Shawn Kahl and State’s Attorney Jordan Garrison both spoke to the board about the SAFE-T Act and changes they will see on Jan. 1 if the bill goes into effect. Garrison says he expects the county to be involved in litigation by the end of the year as he does not foresee changes being made to the act. He also said that there were things in the litigation brief he did not agree with so he would be filing a brief in a different way. Garrison said he did not expect litigation to be victorious. A final ruling will be decided on Dec. 22, giving the county eight days to have a plan in place for implementing the SAFE-T Act.

There are only two deputies currently to cover the County patrols as well as the patrols of the five municipalities. Once the SAFE-T Act is implemented the shortage will be felt even more as deputies will be needed for prisoner transportation throughout the State.

The State’s Attorney’s Office recently lost one of their Attorney’s because they received a better offer from another County’s office. Garrison anticipates the problem will continue as Macoupin County is not offering a competitive wage.

The board approved all of the township’s ARPA requests. The board voted to approve the requests without taking them back to the finance committee due to a time sensitive bid for equipment for Brighton Township.

The board appointed Anthony Tate to the South Palmyra Rural Water District for an unexpired term ending April 30, 2026.

The board approved the replacement of a culvert in Hilyard Township on Lambeth road. The project will cost $6,000, and the county will pay for half of the project.