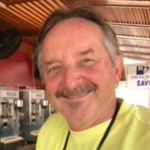 Stephen was born Feb. 17, 1949, in Charleston, a son of James and Wilma Connelly Glosser.

Stephen graduated from Charleston High School with the class of 1967 and Eastern Illinois University with a degree in political science.

Stephen retired in 2013 from Pekin Insurance as a multi line insurance adjuster.

Steve enjoyed tennis, traveling, debating politics, grandkids, and telling jokes.  He will be missed by his dog Kya.  He bragged about having the “triple curse”, Cubs, Bears, and the Illini.

Stephen was preceded in death by his parents; brothers; Jim and Jerry Glosser and sister, Sybil Mullins.

A Celebration of Steve’s life will be held later.

Memorials may be made to Public Broadcast System or Eastern Political Science Department.