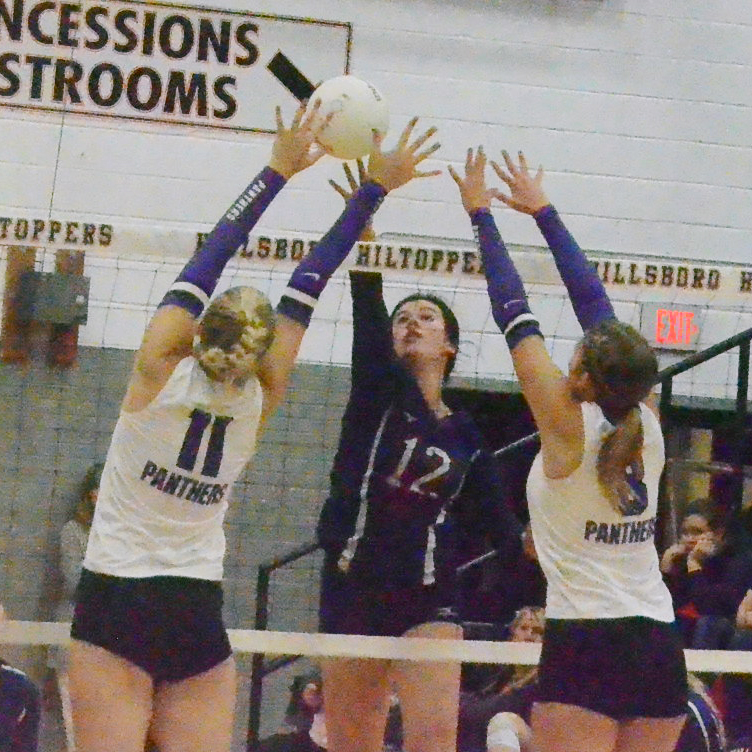 Carlinville’s Hannah Gibson tips the volleyball over the net during an IHSA Class 2A regional quaterfinal match against Litchfield at Hillsboro Oct. 24. The Cavaliers defeated the Purple Panthers 25-21, 19-25, 25-20. Enquirer~Democrat photo by Jackson Wilson.

The Carlinville High School volleyball team advanced to the next round of the Illinois High School Association Class 2A playoffs with a thrilling victory over Litchfield at the Hillsboro regional Oct. 24.

The Cavaliers took the opening set, 25-21, then re-grouped after the Purple Panthers evened the match and jumped out to an early 4-1 lead in the decider.

Isabella Tiburzi racked up 21 assists and nine kills for the Cavaliers with a rejection.

Makenah Dugan made 13 digs and contributed a trio of service tallies.

Carlinville, a ninth seed, moved on to meet No. 2 Breese Central the next night. The Cavaliers were 17-16 entering that contest.

The tenth-seeded Gillespie Miners took to the hardwood after the CHS celebration, looking for some jubilation of their own. Unfortunately, a common fate of getting overpowered remained and the host Hillsboro Hiltoppers reigned supreme in a battle of orange and black. A convincing 25-9, 25-11 victory landed HHS in the semifinal against South Central Conference champion Staunton.

Gillespie ended the year on a nine-game losing streak and with a 5-25 record overall.

The 28-7 Bulldogs, who received a first round bye, battled the Hiltoppers after the Carlinville/Breese Central game Oct. 25.

The regional championship is Thurs., Oct. 27 at 6 p.m. in Hillsboro. The victor advances to the Breese Mater Dei sectional and will face the Salem regional champion (either Newton, Lawrenceville, Pana or Salem) on Halloween night Mon., Oct. 31 at 7 p.m. 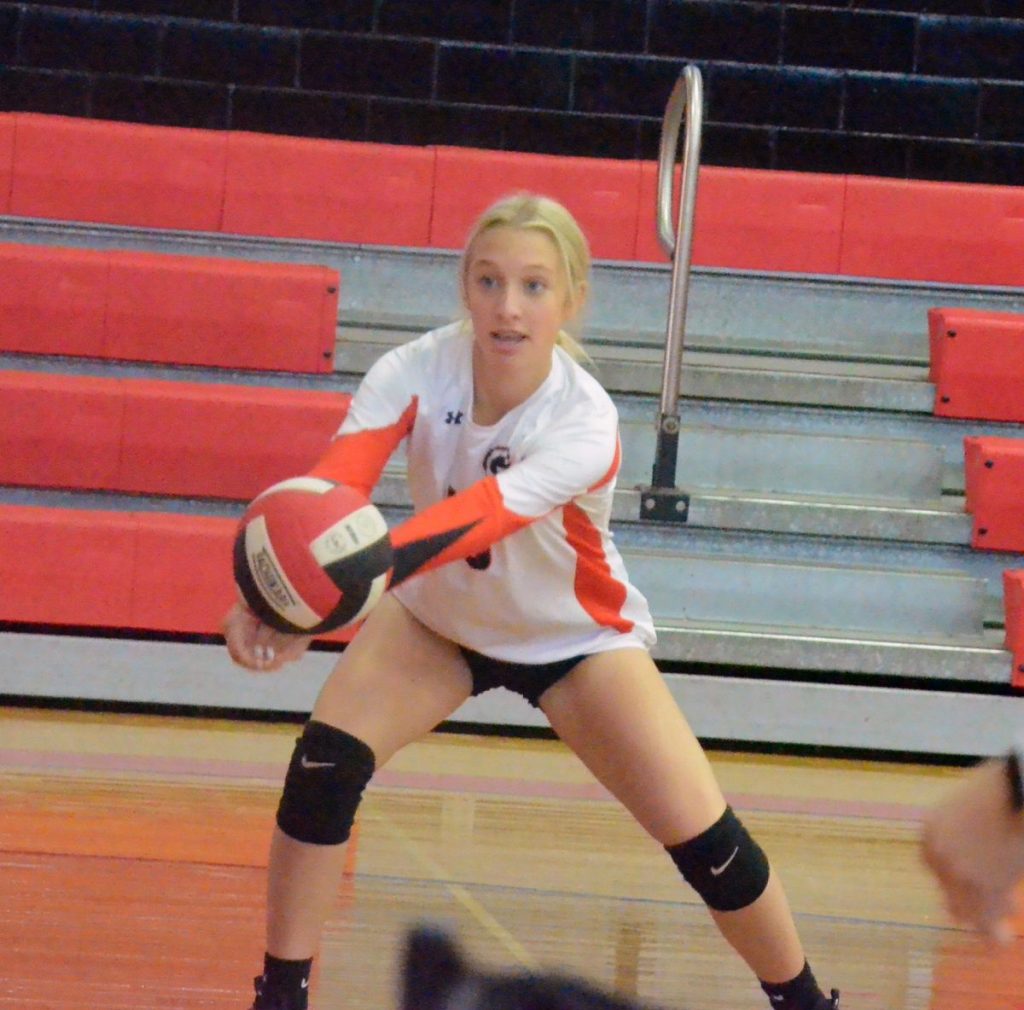 As with Gillespie, the Southwestern and North Mac teams were only breathing for two sets.

Greenfield-Northwestern, Bunker Hill and Mt. Olive were each asssigned to the IHSA Class 1A Raymond regional – a sector of the White Hall sub-sectional.

No. 5 Greenfield and No. 13 Bunker Hill squared off head-to-head in the quarters.

Both matches were played Oct. 25.