Police Chief Dave Haley cuts the ribbon prior to an Oct. 17 open house and celebration at the new Carlinville Public Safety Center, which used to be the old Frontier building prior to renovations. Enquirer~Democrat photo by Jackson Wilson.

The city of Carlinville held a Dedication Ceremony and Open House to celebrate the renovation of the former Frontier Building at 225 North Broad Street Oct. 17.

The 6,800 square foot building is the new home of a new state-of-the-art police station and public safety facility.

The new Police Station and Public Safety Center contains four main areas. The first is the public area with a secure lobby, emergency management center and public space. Further in, are the administrative offices, which are next door to a dispatch and duty call room. The third area consists of restrooms, locker rooms, and a breakroom for employees. The fourth space is dedicated to police processing activities and an evidence room.
“The purpose of this renovation and design was to raise awareness of police technology and new public safety facilities that are now available, including a child safe room and a public assistance office” said Haley.

“Through the outstanding partnership with Veregy, our city is seeing great improvements in our police station operations,” said Oswald. “Plus, we have new capabilities for public safety such as emergency management services. From the planning stages through renovation, the Veregy team designed and built a highly functional and aesthetically pleasing building. One of the most noticeable improvements is on the backside of the building, where police can safely bring in suspects through a secure vehicle entry. We envision many years of use by our police department, as well as our community.”

The new police station benefits from Veregy’s energy efficient upgrades such as a new HVAC system, LED lighting, electrical components and water-efficient plumbing. Advanced IT technology, security, and video surveillance systems are also installed. In addition, new upgraded infrastructure components, such as new floors,ceilings, and walls, are a part of the renovation.

Energy savings are expected to be over $4,000 annually as compared to standard code baseline HVAC and lighting.

The most positive aspect of these building improvements, based on feedback, has been the overall impact on staff and the public. The increased space and comfort, along with ‘thoughtful’ design and expanded capabilities, have all lent themselves to a long-term effect of prosperity and productivity.

The approval of a state grant for $250,000 allowed the city of Carlinville to more than double the size of its original police department space. The fund was issued as a buyer’s grant through the state’s Rebuild Illinois plan and allowed the city to purchase the Frontier Communications property. 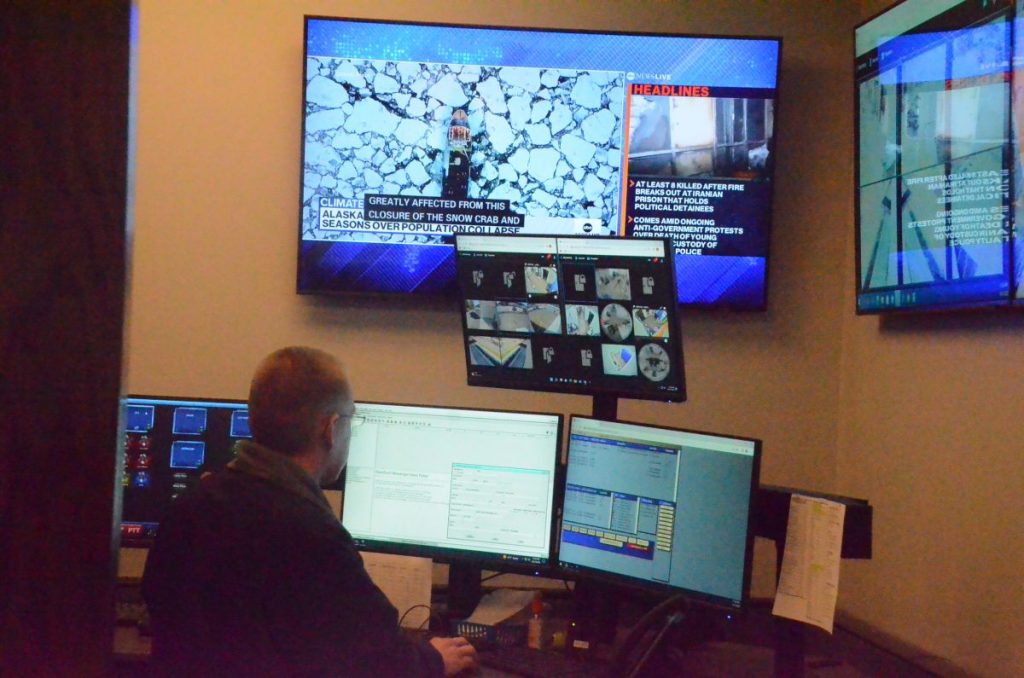