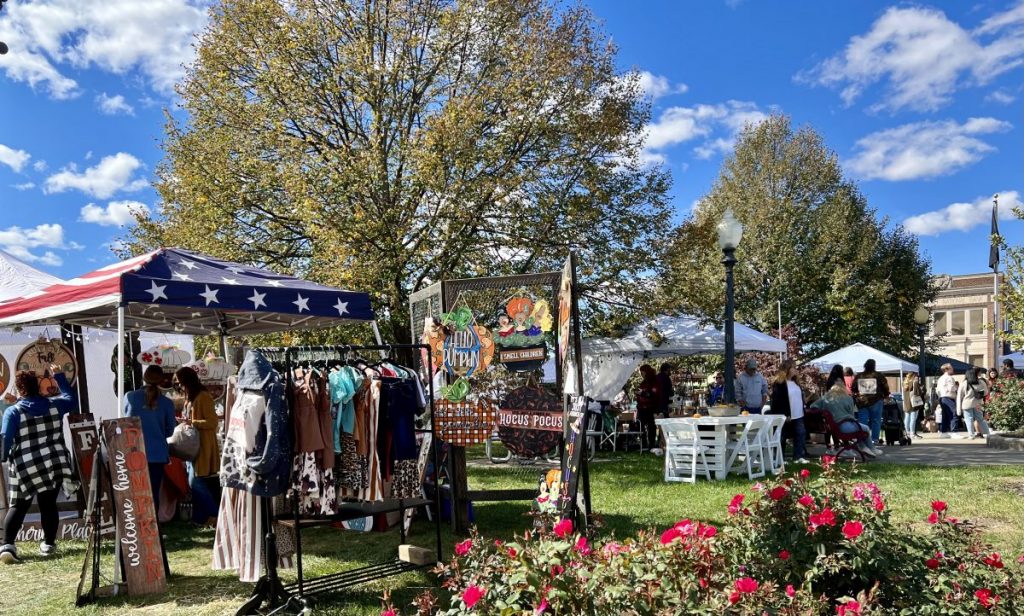 Stalls and stands filled the Carlinville Square for three days during the Brave Days event which featured a variety of goods for sale. Enquirer~Democrat photo by Erin Sanson.

The Carlinville Square was crowded over the weekend as Brave Hazel Boutique held the second ever Brave Days.

Now that Brave Hazel has a new address on the Square it made sense for Brave Days to move uptown as well.

Brave Days was a weekend long celebration of local merchants and vendors. Some vendors make and sell their own goods while others promote goods from other small businesses. Customers could find clothing, food, jewelry, home decor, accessories and so much more. Over 20 vendors filled the Square over the weekend.

Brave Days officially began at 2 p.m. on Friday and ran until 8 p.m. that night. It was open all day on Saturday and finally closed at 3 p.m. Sunday afternoon.

Besides shopping, each day featured a local food vendor. Starr’s Primal Meats cooked out on Friday. Off the Wall Taco truck served food on Saturday and the event closed with Fat Al’s BBQ featured.

Several musicians performed throughout the weekend as well. Jade Horton, Cody Lee Moomey and Leighton Ewers each brought their talent to the gazebo and provided a soundtrack to the Brave Days shopping experience.