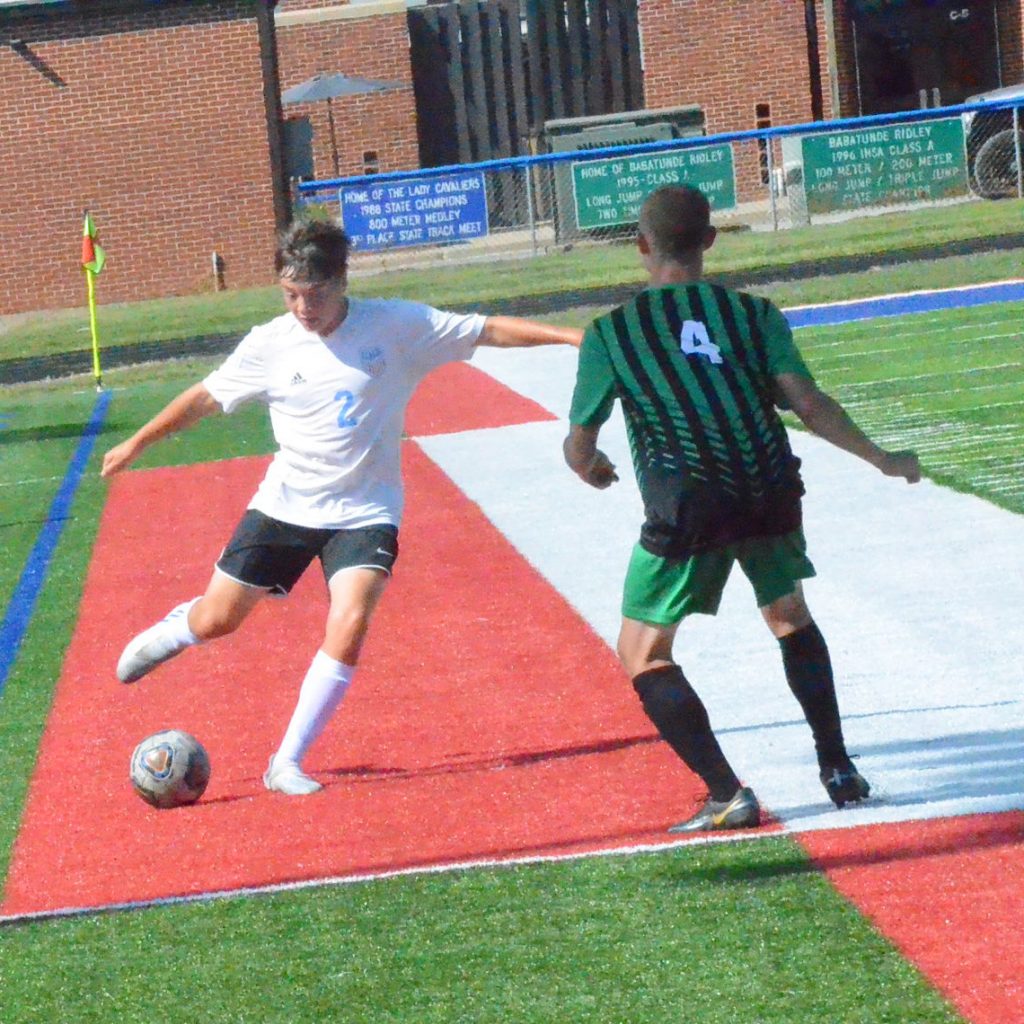 The Carlinville High School boys’ soccer team was less than five minutes away from an upset loss against a rising Litchfield-Gillespie squad Sept. 20, but Brody Harris rode to the rescue and saved the Cavaliers from dropping out of first place and potentially missing out on another opportunity to win the South Central Conference outright.

Nate Fetter dribbled through a tough CHS defense and launched a shot past Will Meyer to break a scoreless tie at the 15-minute mark of the first half.

With the Panthers leading 1-0 down the stretch, Harris scored two goals in a span of 26 seconds to rally the Cavaliers in the game’s 75th minute.

Carlinville improved to 4-0 in the South Central Conference and is 9-5-1 overall following a 3-0 loss to Jerseyville Sept. 26.

Litchfield-Gillespie is 5-9 on the season and 2-2 in the league. The late collapse against the Cavaliers triggered a losing streak, which is currently active at three. The Panthers dropped a road contest at Athens, 5-1, Sept. 22 and then went on to get obliterated by Civic Memorial at home, 12-1, over the weekend.

A single goal from Ethan Sharp in the first half was all that Staunton needed to overcome North Mac in an SCC battle at Virden Sept. 22.

The Bulldogs limited the Panthers to three shots on goal and leveled their conference mark at 2-2.

Jackson Pierce found the back of the net twice for the Panthers, with Keagan Greff and Mick Downs adding a goal apiece. Pierce and Downs also contributed assists, along with Andrew Scroggins.

North Mac failed to make it two in a row Sept. 26 and was dropped 5-0 by Beardstown on the road.