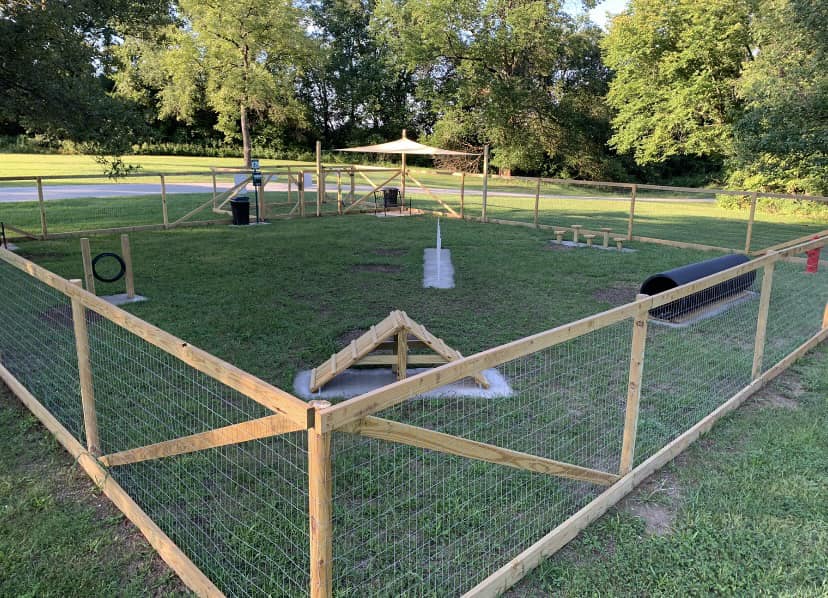 The new dog park at James Bertagnolli Park in Bunker Hill includes several enrichment activities for dogs and their humans to interact with. Photo provided.

James Bertagnolli Park, affectionately known as “The Resi” to Bunker Hill locals, got an update on Saturday. A grand opening event was held to celebrate the opening of the brand new dog park.

The dog park was the project of three Girl Scouts, working their way towards their Silver Awards. Kayleigh Trimm, Vivien Wilcox and Trinity Throne worked throughout the summer to plan and construct the park. The three girls, all members of Girl Scout Troop #6628, were able to cut the ribbon, declaring the park officially open. They were also presented with their Silver Award at the opening ceremony.

Donations from community members as well as local businesses helped the girls to put the park together.

There are a variety of activities for dogs and their owners to enjoy. The park has several agility training obstacles a dog can use to burn off some energy and benches for owners to sit on while their dogs play.

Trimm, Throne, and Wilcox were also able to donate a push lawn mower to the city of Bunker Hill and 6,000 plastic baggies to keep the park clean. 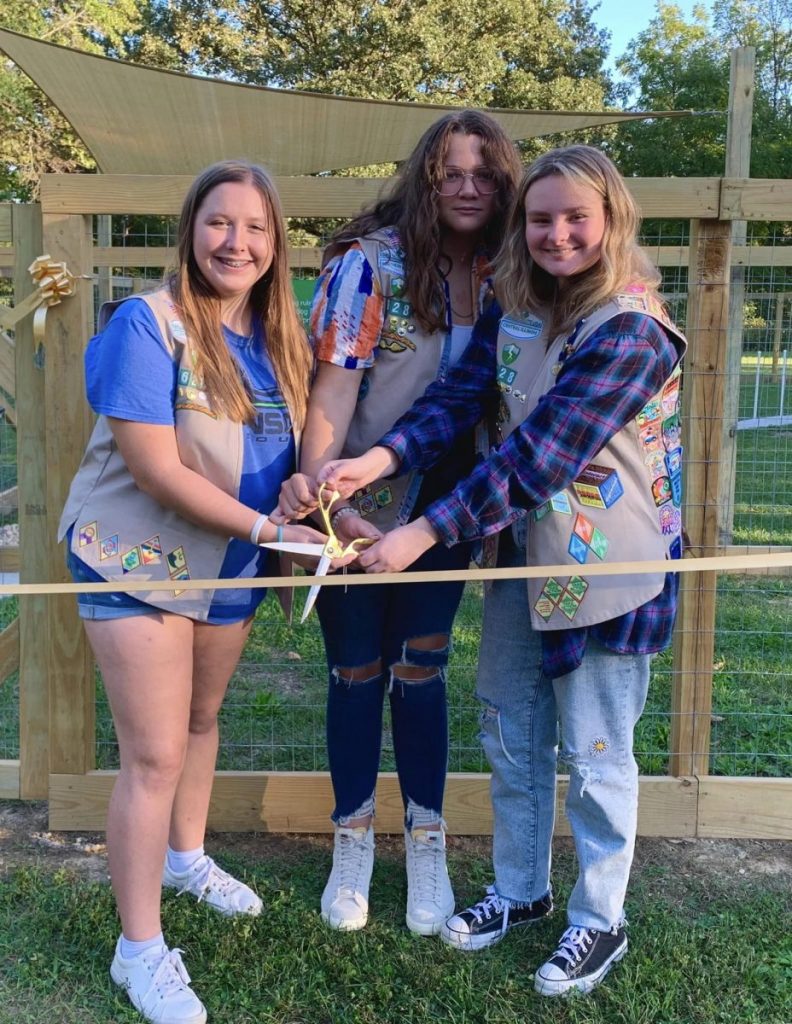