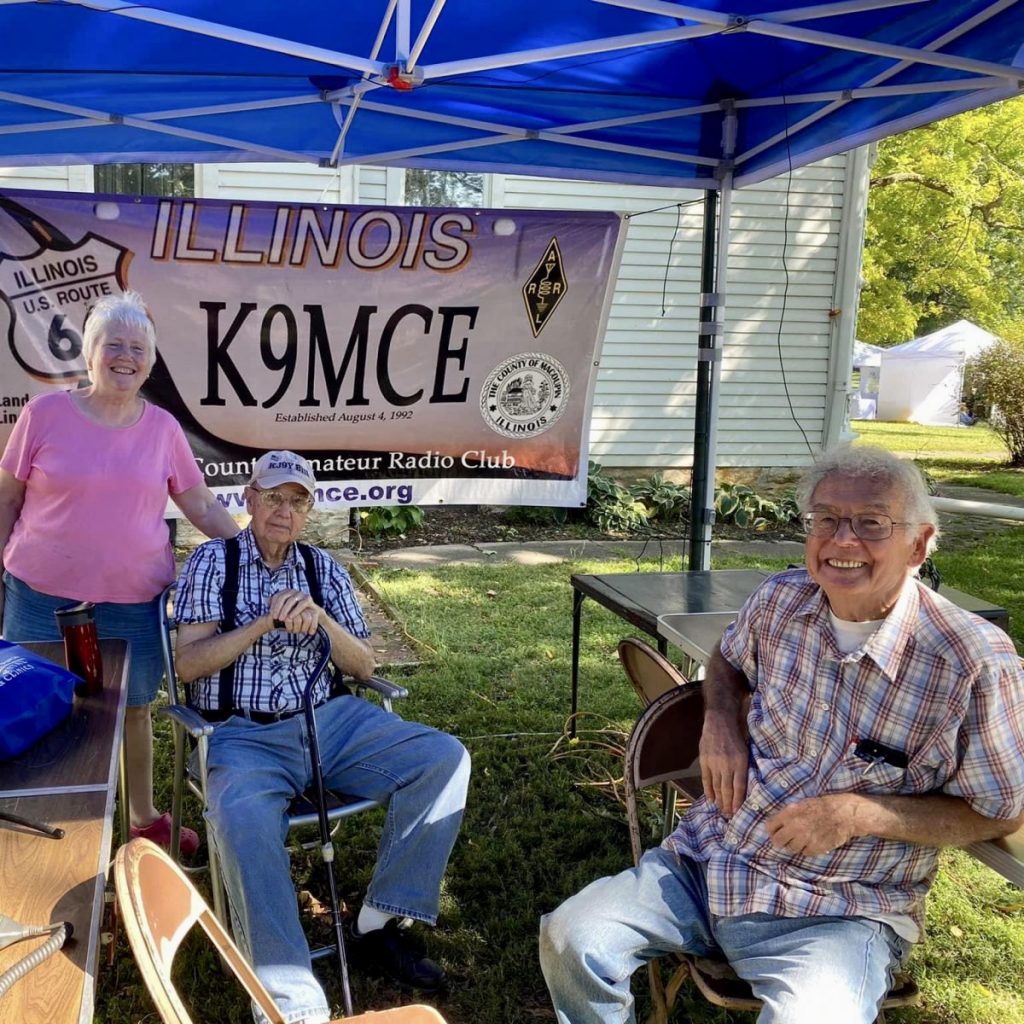 The K9MCE Macoupin County Amateur Radio Club was stationed on the brick patio outside the Anderson Mansion with several radios on display offering a hands-on experience with some older radios. Photo courtesy Macoupin County Historical Society.

It seemed like rain could cancel the second day of the Macoupin County Historical Society’s Fall Festival. Thankfully, the showers ended just in time for the day to go on as planned.

The Historical Society held its annual fall Festival on Saturday and Sunday Sept. 17-18 at the Anderson Mansion in Carlinville. The mansion grounds were full of people and vendors throughout the weekend. There were over 115 vendors on site and spread through the yard. The outbuildings were open for visitors as was the Mansion itself. The theme for the Mansion this year was “Radios,” with several radios on display in the museum as well as a radio enthusiast located on the brick patio outside the mansion. Several radios were on display on the brick patio and kids were allowed to gain first hand radio experience.

The Red Barn served breakfast and lunch both days of the event. The Macoupin Antique Agricultural Association served up food out of the Ruyle Pavilion too.

The Blacksmith shop and the Sawmill were hard at work over the weekend filling orders and giving demonstrations. There were also farm demonstrations throughout the grounds including demonstrations on the preparation and cooking of sorghum, corn picking, corn binding, putting corn in the crib, and an oat threshing demonstration. Groups were also at the festival demonstrating yarn spinning and weaving and basket weaving.

Yard games and a petting zoo were set up for children.

The tractor parade hosted over 85 John Deere tractors plus many other tractors of various brands and makes.

On Saturday the “Cactus Ranch Band” performed for festival goers. “The Kitchens” performed on Sunday.

Volunteers from across the county worked to put the festival together. A younger generation of volunteers also helped as the Carlinville Interact Club, a version of the Rotary Club open to Carlinville students, volunteered their time to help the Macoupin County Historical Society put on yet another successful Fall Festival.