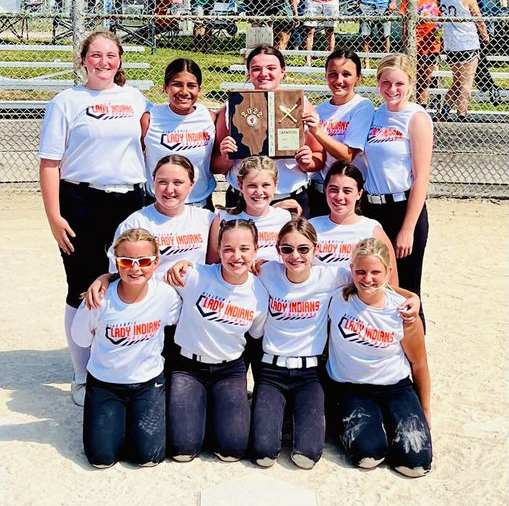 The Indians are returning to state for a second consecutive year with a 6-1 victory over Hillsboro.

Laci Schuchenbrock tossed another dominant complete game on the rubber with 11 strikeouts while limiting the Dragons to five hits in seven innings of work without issuing a walk. She additionally led the Indians’ offense with three hits and crossed the plate twice.

Gillespie had already beaten Hillsboro handily, 14-0, during the regular season but the Dragons refused to budge in the early stages of the highly-anticipated rematch.

The Indians found themselves engaged in a scoreless toe-to-toe battle until Cheyenne Sarti broke the ice with a clutch two-run double in the top of the fourth inning.

Though Gillespie added some insurance late, that double by Sarti proved to be all the support Shuckenbrock would need as the GMS ace kept the Dragons off the scoreboard until the bottom of the seventh.

Shuckenbrok led off the sixth frame with a double and came around to score when Maggie Heyen hit a two-bagger of her own. After Sarti struck out, Heyen advanced to third base on a wild pitch then tagged up on a Mimi Segarra sacrifice fly.

Gillespie continued to play ‘small ball’ in the top of the seventh and made Hillsboro pay for a defensive miscue. Bryleigh Whaley hit a pop-up that was dropped and moved into scoring position on a perfectly-executed sacrifice bunt courtesy of Lyla Shaw. The Indians followed that up with two more RBI hits – a double by Helaina Scott and a single from Gillian Smith that plated Scott.

The Indians are 24-2 overall and will battle Downs Tri-Valley in the IESA Elite Eight Fri., Sept. 23 at Normal. The first pitch is at noon. If Gillespie can survive this single-elimination test, the Indians will be guaranteed a doubleheader on Championship Saturday. A secured berth in the Final Four would mean a 10 a.m. semifinal contest for GMS. Pending results, the third place game is at 2 p.m. and the finale follows at 4 p.m.