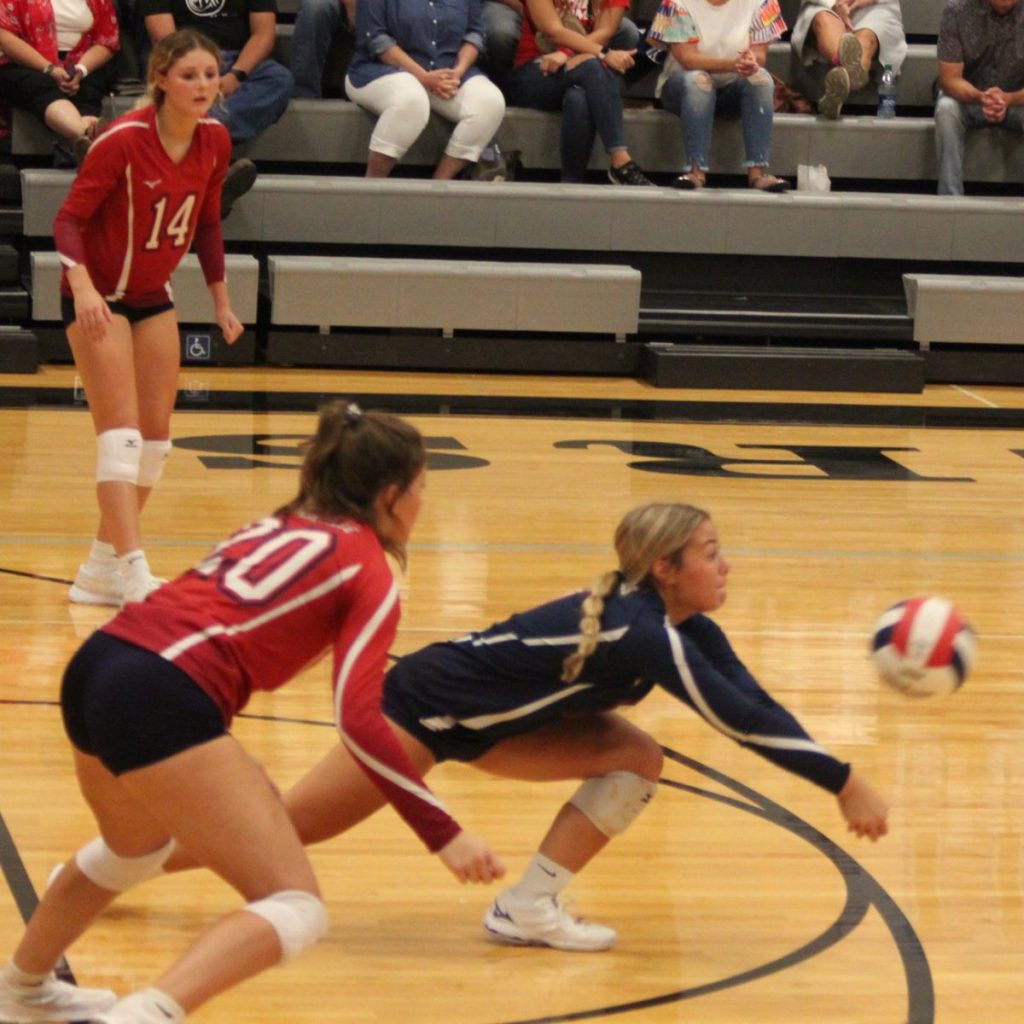 Chloe Pope made nine digs for the Carlinville High School volleyball team in the Cavaliers’ conference opener at Virden Sept. 8. North Mac came away with a 25-15, 27-25 win. Photo contributed.

In high school volleyball action, Staunton and North Mac started their conference seasons on a high note by knocking off a pair of county rivals.

After getting an epic come-from-behind 24-26, 25-19, 25-22 home win against Williamsville Sept. 6, Staunton defended its hardwood again with a 25-9, 25-19 straight set of Southwestern to open South Central Conference play Sept. 8.

The Bulldogs are on a four-game winning streak and they have beaten nine of 13 opponents that have been featured on a tough schedule.

The challenge continued this week as the Bulldogs traveled to Breese Sept. 13 for a rematch with Breese Mater Dei, who eliminated them in an Illinois High School Association Class 2A sectional championship in Vandalia last year. Coverage will be featured in next week’s issue.

After winning four of five matches at the Montgomery County “Grace Filled” Tournament, the Panthers record is 7-4 overall with a 1-0 SCC mark attached. North Mac’s lone loss came against Lincolnwood, which has yet to suffer a loss at 12-0. The Panthers placed fifth out of 16 squads and Natalie Little was named to the All-Tournament team.

Hannah Gibson had six service points and an ace for the Cavaliers in defeat.

Melanie Murphy and Ella Clevenger each rejected a pair of shots at the net.