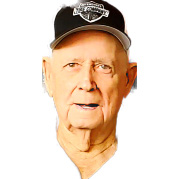 Harold Lee Hughes, 93, of Carlinville, passed away peacefully on Monday, Sept. 5, 2022 at Hallmark Health Care in Carlinville with family at his side.

Harold worked as a truck driver for Straub Bros. Trucking before he went into manufacturing. He worked for Ketring Products and PMW before retiring.

After retirement, Lee and Evelyn rode motorcycles for 500,000 miles with friends and family to all states except for two.

After motorcycling, they turned to camping, mostly in Jackson, Missouri.

He was preceded in death by his wife; parents; sons, Mervyn and Randall; brothers, Howard, Paul; two sisters, Opal Bilbruck and Martha Lair.

There will be a family graveside service and Celebration of Lee’s Life at a future date.

Memorials may be made to the family.