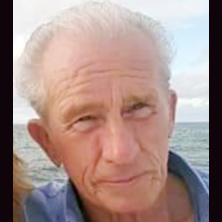 Russell E. Rhodes, 81 of Carlinville, passed away Tuesday morning, Aug. 23, 2022, with his daughters holding his hand.

Russell graduated from Carlinville High School with the class of 1959.

Russell worked for Illinois Power (Ameren) as a gas foreman for many years. He was well known for his hard work and ability to use a shovel and dig a hole quicker than none other.

He was always an avid outdoorsman who enjoyed fishing, hunting, wood working and searching for arrowheads. After retiring he was able to do what he loved most, which was spending time with all his grandsons & wife Wilma, who adored and admired him greatly. He taught them all he knew and spent countless hours with them enjoying the same interests he had.

He was a member of Charity Baptist Church.

Visitation was held on Sunday, Aug. 28, 2022, at Charity Baptist Church, in rural Carlinville.

Memorials may be made to Charity Baptist Church.