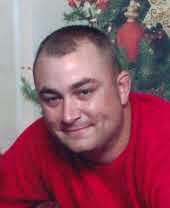 Sentencing will be Oct. 3

Chancey Hutson, 31, of Granite City was found guilty of first degree murder for her role in a residential burglary that resulted in the death of 34-year-old Woodburn man, Cody Adams. 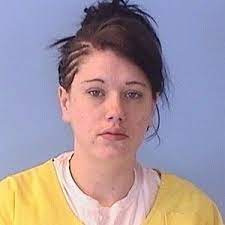 The Honorable Judge Joshua A. Meyer presided over the jury trial.

The jury deliberated just under two hours and returned a verdict that found Hutson guilty on two counts of first degree murder.
According to Macoupin County Circuit Court records, these were the first guilty verdicts for those specific charges in Macoupin County since the 1980s.

Presented trial evidence indicated that Hutson and an accomplice traveled to Woodburn to steal merchandise from Adams’ home in the early morning hours of Jan. 1, 2015. Hutson entered the house wearing a mask and carrying a gun. Adams was shot while he fought off the burglary and struggled with Hutson. Adams’ mother woke up to the noise of the struggle and battled Hutson as well. During the violent confrontation, Hutson’s mask came off. However, she was still able to flee the home without any of the occupants being able to initially identify her.

This case went cold for approximately two-and-a-half years, then re-surfaced after a database matched Hutson’s DNA to DNA that had been found on the mask she was wearing on the day of the crime.

“[Cody Adams] spent the last moments of his life fighting off an intruder to protect his mother and family,” State Attorney Jordan Garrison said. “We can all hope to have the courage and strength Cody had in his final moments. [Chancey Hutson] learned that even after years, justice will find you.”

Hutson is facing 20 to 60 years in the Illinois Department of Corrections. Her matter for sentencing hearing has been set for Oct. 3.

William D. Kavanaugh, 37, of Edwardsville is also awaiting trial in the case. He is being housed on a $1 million bond in the Macoupin County Jail in Carlinville. Kavanaugh is next in court on Sept. 1.