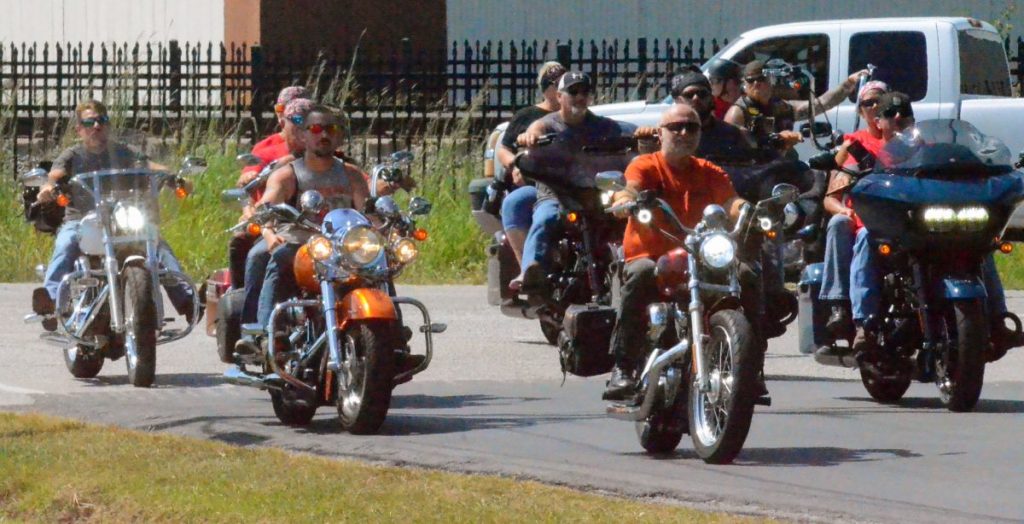 On Aug. 27, 226 motorcycles came through Carlinville as part of the third annual R.E.D Ride of Central Illinois. Additionally, 150 Jeeps made their way into town, where everyone gathered at the Carlinville Moose and purchased refreshments to support deployed military soldiers. More photos can be found on the Macoupin County Enquirer Democrat website. Enquirer~Democrat photo by Jackson Wilson.

At 2:30 p.m. Sat., Aug. 27, the Carlinville Loyal Order of the Moose lodge was quiet, with the exception of a few volunteers that were preparing to raise money for military support groups as well as care packages to be flown over to soldiers that were currently on deployment.

Ten minutes later, the revving noise of engines grew rapidly on the horizon as a band of approximately 226 motorcyles and 150 Jeeps blanketed the property’s parking lot and front lawn.

For an entire hour, R.E.D. riders lined up and socialized, while purchasing refreshments that the Moose was selling. For every beverage sold, the Moose donated 50 cents back to the R.E.D. Ride of Central Illinois organization. 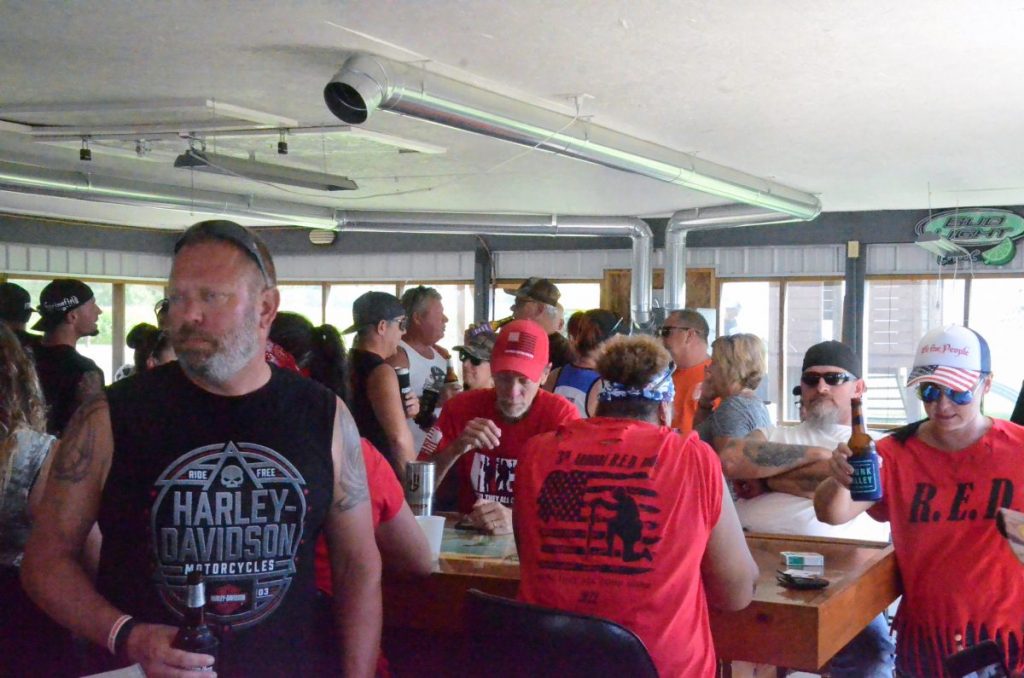 Carlinville was just one of multiple stops for the riders. They began their journey in Jacksonville, then had a big breakfast at Bogart’s. They then headed south on IL-267 towards the American Legion in Jerseyville before making their way to the Moose. From Carlinville, the group made its way North to Auburn and the Slaughterhouse Brewing Company for a party at the end of the trip.

A total of 226 motorcycles were parked at the Carlinville Moose lodge during the third annual R.E.D ride Aug. 27. Enquirer~Democrat photo by Jackson Wilson.

A total of 150 Jeeps were parked on the front lawn of the Carlinville Moose lodge during the third annual R.E.D. ride Aug. 27. Enquirer~Democrat photo by Jackson Wilson.

RED Ride of Central Illinois is a non-profit organization that was started by an Ashland man named Terry Carnahan. His idea came about because he had several family members and friends that served in the military. With the help of volunteers and committees, a new fundraiser was born so that members of the Waverly Support Group could send care packages without having to cover funds themselves.

For more information on upcoming events, to purchase merchandise or learn how to get involved, follow the group on Facebook at R.E.D Ride of Central Illinois. 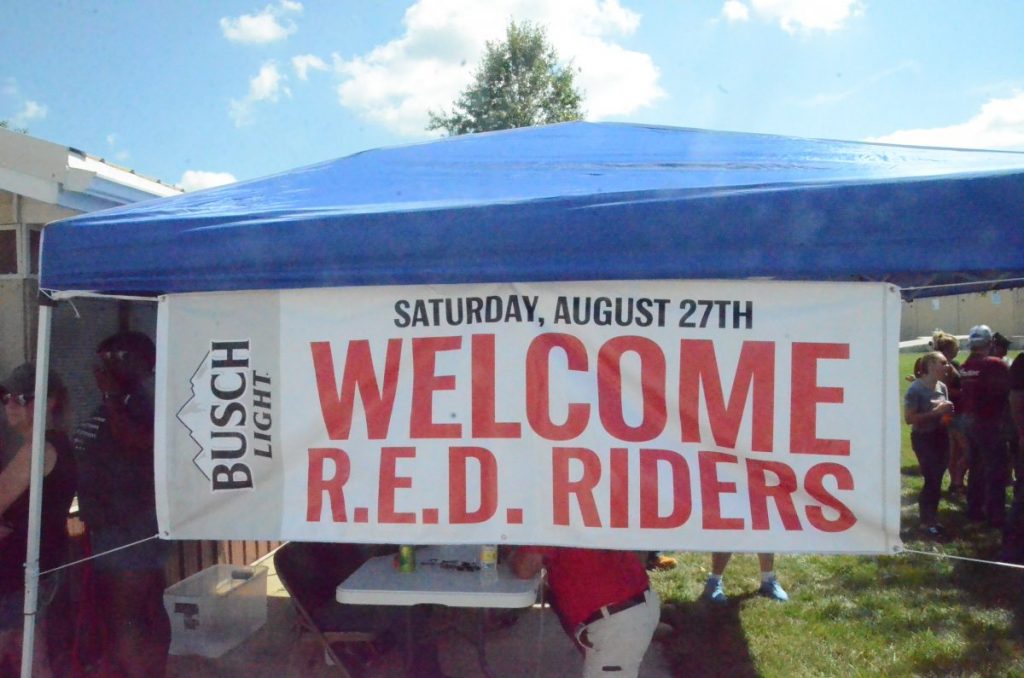