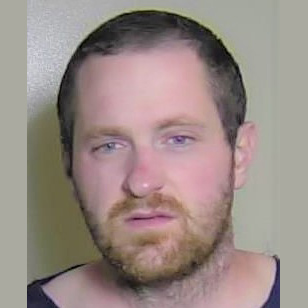 The Madison County Sheriff’s Department received a call on Sunday, August 7 at approximately 4:40 a.m. in regards to a disturbance occurring at a residence in the 2200 block of Miracle Ave., Granite City. Deputies arrived on scene and located two victims who had been battered and the suspect of the attack, who was still on scene.

It was determined that Streeb attacked the victims upon his arrival at the residence. He was taken into custody at the scene.

One of the victims, Michael Reay, 25, of Granite City sustained substantial injuries and was transported to a St. Louis area hospital.

On Aug. 9, the Madison County State’s Attorney’s office charged Streeb with multiple counts of Aggravated Battery and Battery in furtherance of the incident. On Aug. 11, the State’s Attorney’s office amended the charges to two counts of First Degree Murder, a Class M Felony, and Battery, and Class A Felony. The amended charges followed the death of Reay, who succumbed to his injuries on Aug. 10.

While the Madison County Sheriff’s department has released no further information due to the case remaining an active investigation, the victim’s family has spoken to news outlets.

Gary Reay, M. Reay’s uncle, says it is the family’s understanding that M. Reay was “beaten to a pulp…. He was beat beyond recognition and stomped.”

M. Reay was in a wheelchair and blind following an accident as a teenager. His family has stated that he was defenseless when he was attacked. M. Reay was supposedly at the residence to visit a friend on the night of the attack and the family claim they do not know Streeb.

A motive has not been released by the Madison County Sheriff’s Department yet, though they claim the attack was not random. Streeb lived nearby and was acquaintances with the people who live in the home. Captain Brian Koberna has said that they believe Streeb to have been intoxicated at the time of the incident.

The other victim of the attack was able to escape and call 911.

Streeb’s bond was set at $1,000,000 by the Honorable Judge Ronald Slemer. Streeb remains in the custody of the Madison County Sheriff’s Office.