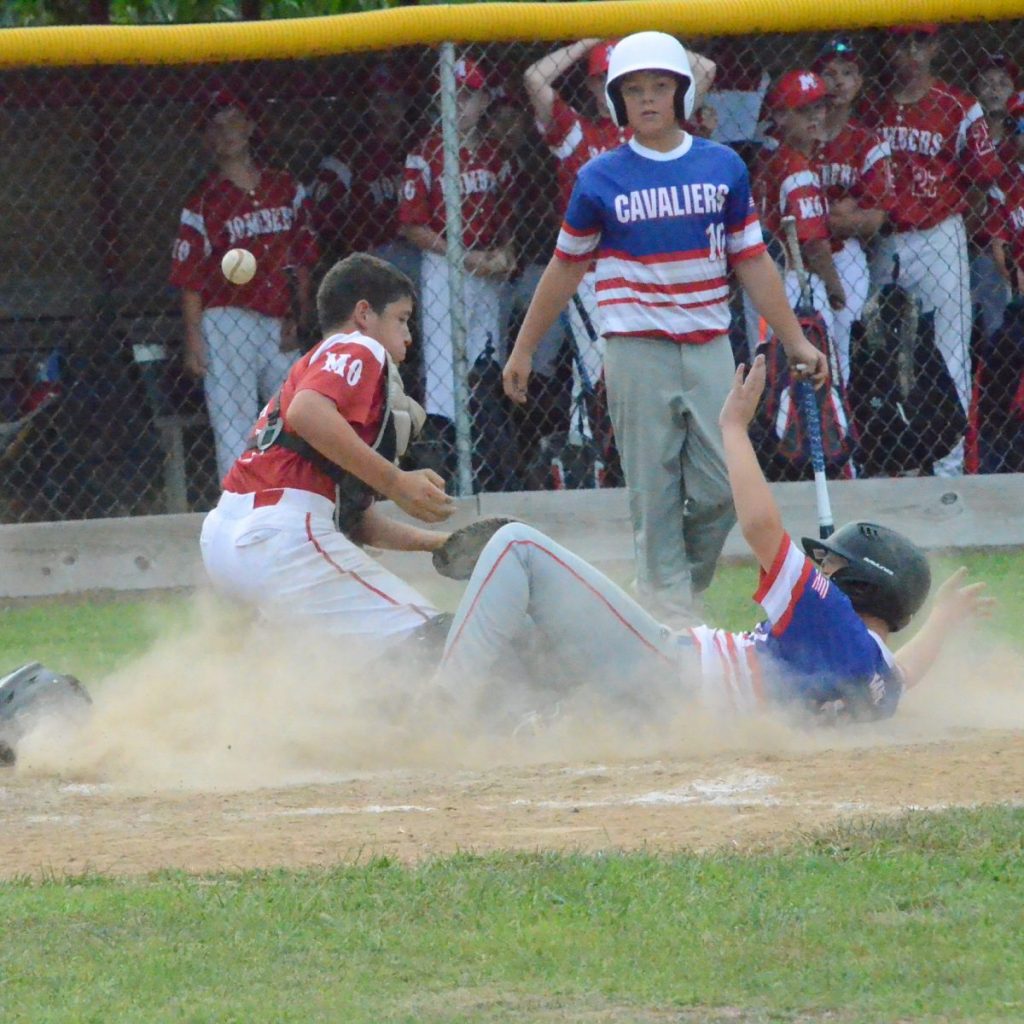 Drew Quarton slides safely into home plate with an insurance run against Mt. Olive in the bottom of the fifth during the Carlinville Middle School baseball home opener. Prior to that, Quarton had driven in what turned out to be the winning tally in a 6-3 win. Enquirer~Democrat photo by Jackson Wilson.

“We are here because we have a job to do.”

The Carlinville Middle School baseball team is polishing itself up and coach Bernard Dzafic and an ecstatic fanbase is already loving what they are seeing. It’s not just the new uniforms.

The energy, boosted chemistry and a much-improved ability to play together has the Cavaliers already staring at a bright future despite being just one week into the season.

Under the valuable leadership of a former big leaguer and Cavalier great in Dzafic, the 2022 Carlinville squad already has two wins over tough county opponents under its belt and several players are contributing from top to bottom, whether its in the starting lineup or off the bench.

The Cavaliers jumped out to an early 5-1 lead in the top of the second and held on for a big 6-4 victory on Opening Day at North Mac Aug. 10.

Carlinville lost a 1-0 first inning advantage on an error, but quickly responded. The Cavaliers loaded the bases for Rylan Wise, who walked to force in the go-ahead run. Ian Ronald, as part of a three-hit night, doubled in two runs to extend the lead. Michael Kaganich then added insurance with an RBI hit of his own after working the count full.

Ronald tossed three frames on the bump, allowing three runs on four hits while racking up a pair of strikeouts. He was awarded the win thanks to solid bullpen work by Grant Way and Drew Quarton. Way kept the Panthers at bay, allowing just one run in three frames of middle relief to set up Quarton, who got the final three outs and locked up the save.

As a team, Carlinville compiled seven hits and stole 12 bases.

Carlinville rallied late and survived Mt. Olive, 6-3, in front of a large crowd at its home opener Aug. 15.

With the game tied 3-3 in the bottom of the fifth, Drew Quarton singled on a 3-2 count to put the Cavaliers back in front after the visiting Bombers took a one-run lead in the top of the frame.

Kaganich tossed two shutout innings in relief of Cash Enrietta, who allowed three runs on three hits in four frames. Kaganich set down three Mt. Olive hitters on strikes to get the win.

Zander Bellm swiped two bags for the Cavaliers and scored a run.

Ronald drew a pair of walks and crossed the plate twice for CMS.

Mt. Olive, who tied the game with a pair of runs in the top of the third, provided a challenge for the Carlinville defense on the basepaths as they used four steals to manufacture runs.

Carlinville improved to 2-0 with the win.