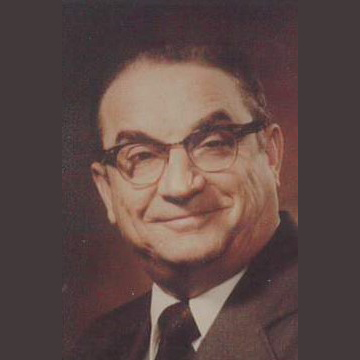 The family moved to Chicago when Harry was 9 years old.  He graduated from Harrison Technical High School in Chicago in 1946.

He married Millie Motika on Aug. 1, 1959 at the Holy Dormition Orthodox Church, Benld.  She survives.

He worked at Schumaker Flying Service and obtained his aircraft and engine mechanic’s license.  Additionally, he received his commercial pilot’s license and his flight instructor’s rating.  He then relocated back to Benld and set up an aircraft repair shop at Hillsboro Airport in Hillsboro in 1950 along with his brother John.

He was drafted into the Army a short time later.  After completing basic training, he was sent to Darmstadt, Germany as a replacement aircraft mechanic.  He applied for helicopter flight training and was sent to the US Army Aviation School at Ft. Sill, OK.  He graduated as a warrant officer and was retained as a flight instructor.  He was honorably discharged from the Army in March, 1955.

He then attended the University of Illinois and graduated with a degree in Electrical Engineering in May 1959.

He worked at McDonnell Aircraft for a time and then resigned to attend St. Louis University where he earned his Master’s Degree in Electrical Engineering.

He worked at Basler Electric in Highland, Electrical Products Central Division in Highland which later became Parsons Peebles and retired in 1995.

He did a great deal of work related travel.  He enjoyed playing golf, fixing anything that was broken or even if it wasn’t broken he enjoyed working on it, crossword puzzles, reading technical books and taking trips with his wife.  He especially enjoyed their trip to Europe and Alaska.

He was a member of the Holy Dormition Church of Benld and sang in the choir, member of the Masonic Lodge 214 of Gillespie, Mensa Organization and CFU Lodge 217.

He is survived by his wife; niece, Sharon Moore and her children, Dillon and Michael Moore, Dana LaFontsee of Wisconsin; sisters in law, Olga Massa and Frances Arden of Wilsonville.

Harry was preceded in death by his parents; brothers, Nick Arden, Steve Arden, John Arden; sister Mary Pleny and a sister in infancy.

Private family services are planned.  Burial will be in the Holy Dormition Cemetery.

Memorials are suggested to Donor’s Choice.