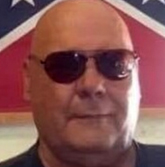 Lawrence Wayne Harbaugh 70, of Warrensburg Mo., passed away peacefully at his home on Sunday, May 29, 2022.

Wayne was born at Scott Air Force Base in Illinois on Oct. 22, 1951 to the late John Lester and Iva Mae (Clark) Harbaugh.

Wayne was the youngest of 11 brothers and sisters.

In the late 90s, he started up Bad Boys 4/4 Mechanic Shop, which transitioned to the well know North End Garage title in the mid 2000s. He was a devoted mechanic and business owner up until his final day. He was extremely passionate about his trucks, Chevrolet Chevelles and time with his friends and family.

A Memorial Service was held on Sunday, June 12, 2022, at the Warrensburg Cowboy Church Wayne attended in Warrensburg, Mo.

Online condolences may be left at williamsfuneralchapel.net.