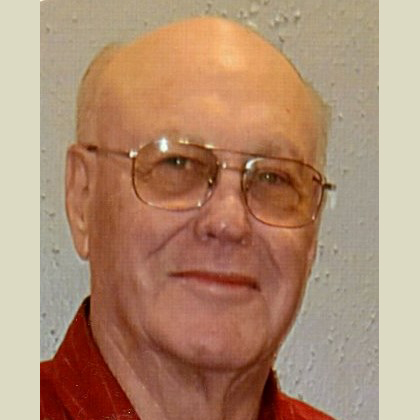 He was born July 7, 1933 in Palmyra, the son of the late Chester A. and Katie Eldridge Pence.

He married Velma Pierson on Nov. 5, 1955 near Girard.
William was a 1951 graduate of Northwestern High School.  After school he enlisted in the U.S. Air Force.  Following the military, he attended and graduated Western Illinois University.  He then taught and coached in Rushville, Jacksonville, and later Northwestern High School where he taught and coached for many years and was the winningest coach in the school’s history. He also ran a road grader during the summer for several area townships and worked for Terry Park as a groundskeeper.

He was devout Christian and a member of the Pleasant Dale Baptist Church where he taught Sunday school and lead singing for several years.

He loved to hobby farm as a pastime and to keep himself busy as well as bird watching and mowing.

He was preceded in death by his parents; three sisters, Bernice in infancy, Mildred Redfern, Lucille McHatton; brothers, Warren, Ray, and Marvin Pence.

Funeral services were held on Friday, May 27, 2022 at the Stults-Neece Chapel in Palmyra.

Burial was in Oak Hill Cemetery where military rites will be conducted by Palmyra American Legion Post.